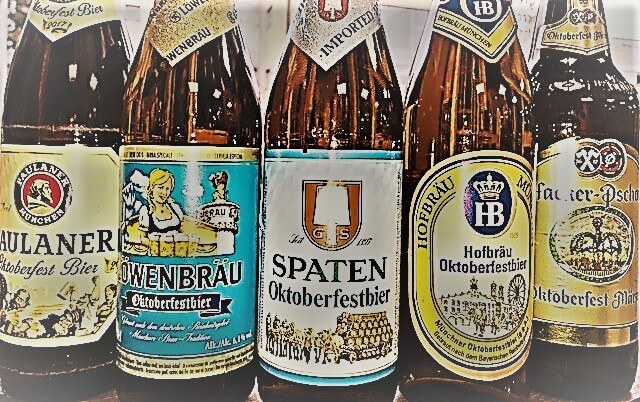 Oktoberfest runs from late September (yeah, I know, those crazy Germans) to early October in Munich, Bavaria. Originating over 200 years ago as a royal wedding celebration the locals had such fun they just carried on and on and nowadays it's huge with enormous amounts of beer drunk - saying that even 100 years ago they were getting through 120,000 litres (over 211,000 pints)!

Now, and not just because it's Germany, there are rules. Only six breweries are allowed to make an official 'Oktoberfest' beer including Hacker-Pschorr, Lowenbrau, Paulaner, Spatenbrau, and Hofbrau and all must meet the strict German beer purity laws - the Rheinheitsgebot - governing the ingredients that are allowed to be used, among other things. These beers are brewed specially to be consumed over the Autumn and are golden in colour and full of flavour. We are fortunate enough to have received allocations of five of the breweries' Oktoberfest beers this year and here they are...

Our cask ales are tapped!