A brilliantly light and refreshing white from South Western France.

From Producteurs Plaimont, the cooperative who produce many excellent wines from this part of Gascony this is a blend of two of the workhorse white varieties of the area, Colombard and Ugni Blanc, from which they've fashioned an extremely fruity and light glugger.

It's the sort of wine you want to have in the fridge ready to open at a moment's notice - the ideal everyday wine. 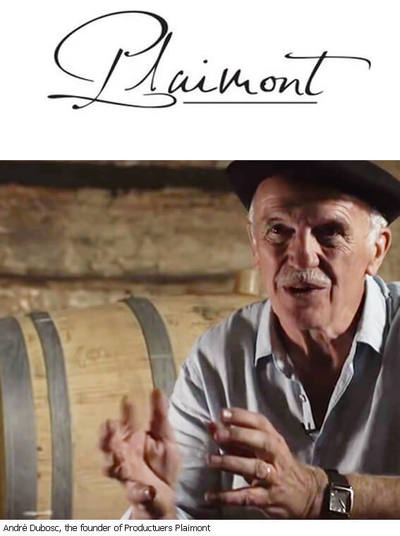 It's no exaggeration to say that Productuers Plaimont have played a leading part in raising the reputation of the various wine styles of their part of South West France since their establishment in the 1970s. Back in those days much of the grape production went towards making Armagnac, the region's well known brandy, and the area's wines weren't, on the whole, highly regarded. One man, André Dubosc, was to change all that. He manage to bring together 3 co-operatives, those of Plaisance, Aignan and Saint-Mont and set about bringing a new level of professionalism to things, from viticulture through to marketing.

Based in the town of Saint Mont their extensive vineyards range from the Pyrenean foothills to the rolling Gascon countryside. Undoubtedly one of France's leading cooperatives they have over 1,000 grower members who, between them, have over 5,300 hectares of vines and they dominate production in this part of southern Gascony. They produce wines ranging from Côtes de Gascogne gluggers to excellent appellation wines from Saint Mont, Madiran and Pacherenc du Vic-Bilh and the quality standards remain reassuringly high.

André Dubosc retired in 2011, but his dynamism and determination to succeed has set up Producteurs Plaimont as the example for other co-operatives to follow.