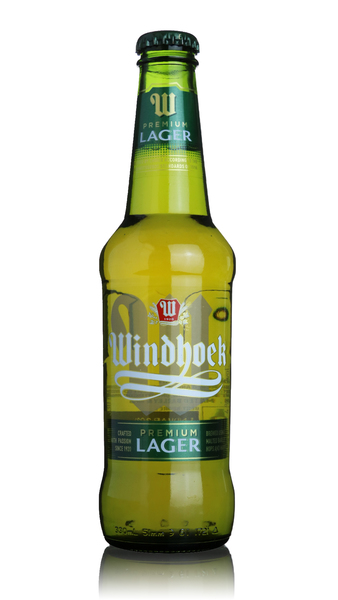 In a nutshell:
Clean and crisp South west African lager from Namibia.

The lowdown:
This really thirst quenching beer comes appropriately enough from one of the world's driest countries. It has a touch of maltiness to the body and maybe a touch of extra refreshing bitterness than some lagers. But above all satisfying and easy drinking.

The country of Namibia sits towards the southern of Africa just to the north west of South Africa itself. The company, Namibia Breweries, was originally founded in 1920 by two Germans who bought and merged four local breweries in Windhoek, the nation's capital. German influence throughout Namibia in this period is clear to see and particularly played a part in the breweries early heritage. It was decreed that all beers should be brewed according to the Reinheitsgebot, or the German purity law of 1516. This is still the case today. Windhoek is their best known ale - a classic pilsener in style.