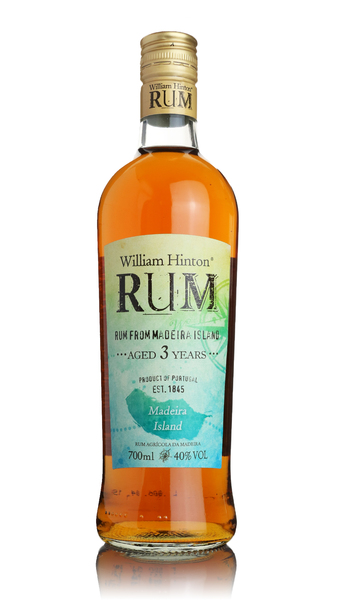 In a nutshell:
A delicious, aged Agricole Rum from the island of Madeira.

The lowdown:
While most rum hails from the Caribbean and South America this one comes from the other side of the Atlantic from the island of Madeira where sugar cane has also been grown for hundreds of years. This is an 'Agricole Rum', made directly from fermented and distilled sugar cane rather than the more usual molasses. Aged for three years in French oak barrels, it has a distinctive earthy richness and nutty sweetness on the nose with a creamy vanilla character and candied fruit flavours on the palate before finishing with a pleasing dryness.

A fine intro to aged agricoles, it makes a good sipping rum, or base for an interesting mojito.

The Portuguese island of Madeira is known mainly for its eponymous fortified wine. What's maybe less well known is that they've also grown sugar cane there for hundreds of years, much of which went to make rum that was originally used to fortify Madeira Wine.

In the mid-nineteenth century Englishman William Hinton, a sugar exporter, established a distillery in the island's capital, Funchal, for the production of rum and by the 1920s, at the peak of their produciton, 600 tons of cane per day was being processed. However, in the 1986, European legislation was put forward that prohibited the use of 'Aguardente de Cana' - rum - in the fortification of Madeira and this led to the closure of the distillery.

However, in order to recommence the tradtion of rum production in 2006 a smaller distillery in Calheita, towards the west of the island, was restored and the production once again got underway, this time purely for the purpose of making distinctive Madeiran rum. The type of rum they make is known as 'Agricole Rum' meaning that its made from sugar cane juice that's been fermented and distilled rather than from molasses from which most rums are made and this tends to give a slightly different flavour profile with grassy note and up front fruitiness among the characteristics.