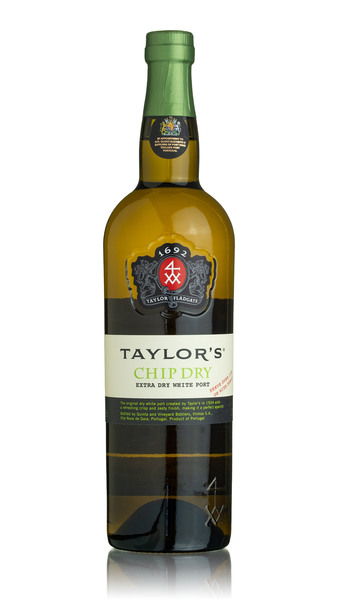 In a nutshell:
A white port with a pale golden colour and fresh, fruity mellow character.

The lowdown:
White port is a great appetising apertif. Taylor's Chip Dry is fermented for longer than usual to give an appealingly crisp dry finish to follow the fresh and lively palate. It's aged for several years in oak vats which allows the flavours to mellow and marry gracefully.

When to drink:
Served chilled in a large port glass it perfect with olives or roasted almonds. It also makes a refreshing summer drink mixed with chilled tonic, a sprig of mint and a twist of lemon. 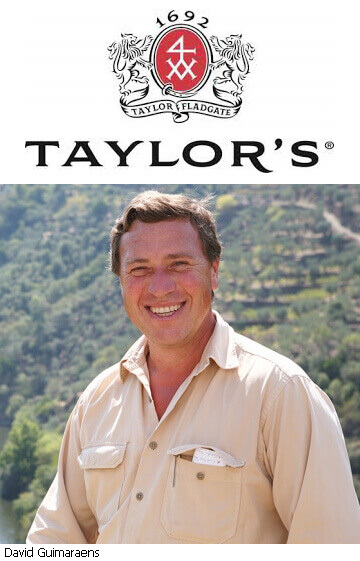 Nestled among the lodges and cellars of Oporto, Taylor's is one of the oldest of the founding Port Houses. Dating from 1692, the House quickly realised that the more muscular wines of the upper Douro Valley greater suited the British taste, and ventured into previously uncultivated areas to seek out vineyard sites.

Taylor's First Estate Reserve Port commemorates this exploration and the subsequent purchase of an Estate near Régua in 1744. A vow to remain independently-owned to this day has allowed Taylor's to commit to produce only the finest Port wines of quality and character. None more so than the wines from Quinta de Vargellas, the House's pre-eminent estate in the wild, hilly reaches of the Douro Valley. Of the vines at Quinta de Vargellas, by far the most renowned are the Vinha Velha, which represent a piece of viticultural history, are classified as World Heritage, and produce one of the rarest of all Vintage Ports. Vinha Velha Ports contain a blend of many traditional grape varieties, seldom planted today, from vines that are over 100 years old.

At Vargellas, and at Taylor's two other Douro Valley estates, protection of the environment and the ecological well-being of the region are paramount. Terraces are planted specifically to avoid topsoil erosion, maintenance of banks encourage biodiversity, herbicides are not used, and distribution of vines throughout the vineyard is critical to ensure they can thrive naturally. These efforts have seen Taylor's awarded the BES Biodiversity Prize in recognition of their conservation and sustainability efforts.

David Guimaraens, the sixth generation of his family to be involved in the Port business, has been the Technical Director and Head Wine Maker since 1991. He is highly regarded throughout the industry as one of its most talented winemakers.