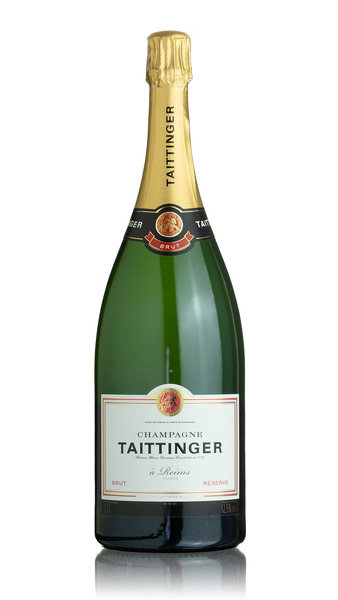 In a nutshell:
A generous magnum of this quite full and creamy style of Brut NV from one of the oldest Champagne houses.

The lowdown:
This, the Brut Réserve is Taittinger's flagship Champagne. Being one of the largest land owners in Champagne about half of the grapes come from their own vineyards - most houses depend on a higher proportion of bought-in fruit - and their blend comprises about 40% Chardonnay, 35% Pinot Noir with the remainder being Pinot Meunier. It's aged for a full three years on its lees which helps develops it's characteristic toastiness. The light and delicate nose has peachy and brioche hints while the on the palate there's a good depth and citrus elegance with a long fresh finish.

When to drink:
A dependable and famous name Champagne that won't disappoint, a natural aperitif and also good with oysters, or grilled and roasted white meats. 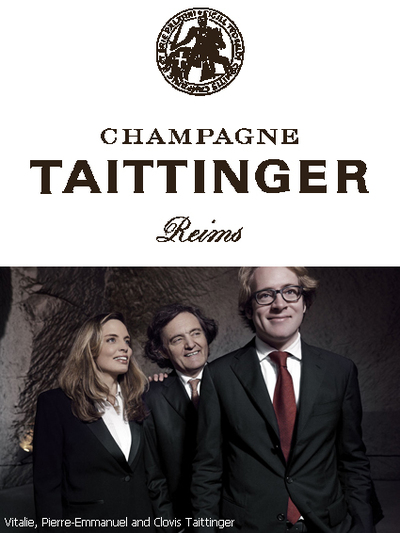 Taittinger remains one of the few Champagne Houses to remain owned and actively managed by the family named on the label.

Its origins date back to 1734 when the original house was founded by Jacques Fourneaux. The Taittinger link was established in 1931 when Pierre Taittinger, the founder of today's company acquired the House. Pierre had spent much time in the Champagne region when serving in the 1st world war as a young cavalry officer. Stationed at the Château de la Marquetterie, he fell in love with this remarkable property and its vineyards and eventually purchased the company. Today, the Reims based House is headed up by Pierre's grandson, Pierre-Emmanuel Taittinger and his son, Clovis, and daughter, Vitalie, both of whom are actively involved in the day to day running of this thriving family Champagne House.

Taittinger's home is situated above miles of chalk tunnels and cellars. These 4th century UNESCO listed cellars once belonged to the Benedictine monks of the abbey of St Nicaise and are perfect for the slow ageing process required for great Champagne.

The hallmark of the Taittinger Champagnes is the high percentage of Chardonnay used in their winemaking which can be anything from 40% in the Brut Réserve Non Vintage to 100% in the prestigious Comtes de Champagne Blanc de Blancs. This Chardonnay dominance provides for a style of elegance, delicacy and finesse which is recognised worldwide and has earned the House many accolades and awards over the years.