In a nutshell:
A crisp and refreshing Belgian brewed Pilsner from Brouwerij Slaghmuylder near Brussels.

The lowdown:
Soft on the palate with malty-hoppy flavours and a clean finish. Quite simply an easy drinking, very thirst-quenching Belgian Pils. A good accompaniment to that Belgian favourite dish Moules Frites. 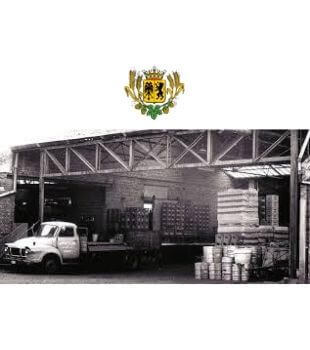 Brouwerij Slaghmuylder, situated in the town of Ninove to the west of Brussels, remains a family concern. It was founded in 1860 by Emmanuel Slaghmuylder and is still run by his descendents today. Among their beers the Witkap Pater label is probably the best known. These were originally brewed in the 1930s at the, now defunct, Brouwerij de Drie Denden by Hendrik Verlinden and were in the style of the Trappist beers of Westmalle where Hendrik was consultant. After a somewhat chequered history following WWII the Witkap beers began being brewed at the Slaghmuylder brewery who took ownership of the brand from 1981. Nowadays Witkap Pater accounts for the majority of their production.