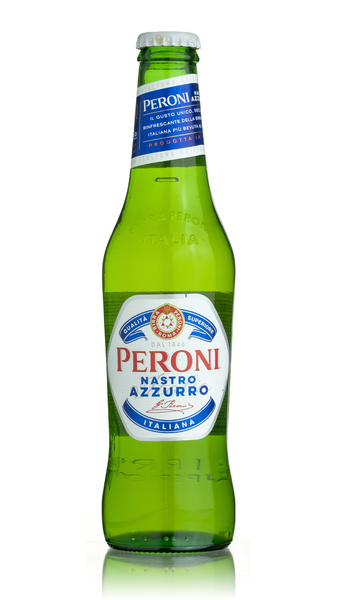 In a nutshell:
The crisp and refreshing Italian lager drunk in most of the Pizza restaurants up and down the country.

The lowdown:
Brewed since 1963 and available in most bars and restaurants across the UK, Peroni Nastro Azzurro is a crisp and refreshing lager with light citrus aromas. 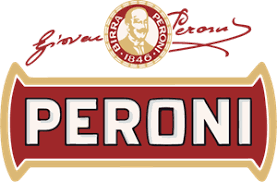 Francesco Peroni established his first brewery in Vigevano, in Pavia province, in 1846. It was called Birra Peroni and still bears the founders name to this day.

It was a combination of climate, close proximity to the mountains  where ice and glacial water was plentiful - and the quality of ingredients that helped Francesco create such a distinctive pale, medium-strength beer that within a short time had become vastly popular.

In 1864, due to extremely high demand, a second brewery was built in Rome and Francescos son, Giovanni, took over the running of the new branch.

Eight years later, Peroni headquarters officially transferred to the capital city. Over the next 70 years, the business went from strength to strength to become the biggest brewery in Italy.