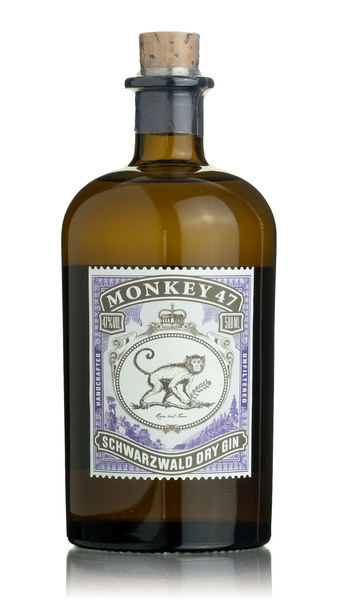 In a nutshell:
A hugely complex, rich and smooth dry German gin from the Black Forest.

The lowdown:
Monkey 47 Dry Gin, which over the last few years has become a highly acclaimed brand, uses precisely that number of botanicals in its manufacture including unusual ones such as lingonberries. Unsurprisingly the gin itself has a lot going on, there are herby, spicy, grassy and citrus aromas with plenty of spices, fruitiness and hints of medicinal sweetness to be found on the tongue. Bottled at a robust 47% ABV it has a real presence at the finish. With a suitably full bodied vermouth it makes a great Martini. 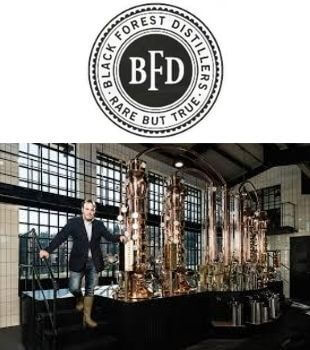 Southern Germany is an area steeped in history fruit Liqueur and Brandy production. It is the home of many experienced coppersmiths. In 2016 Pernod Ricard, via its German affiliate, Pernod Ricard Deutschland acquired a majority share of the German dry-Gin brand.

The history of Monkey 47 goes as far back as July 1945. Montgomery Monty Collins was a Wing Commander of the Royal Air Force, posted to the British sector of war-torn Berlin. Commander Collins was profoundly affected by the extent of the destruction hed seen and set out in a humanitarian effort to help rebuild the country.

During the process of rebuilding of the Berlin Zoo, he began sponsoring an egret monkey by the name of Max. Collins opened a country guesthouse, naming it The Wild Monkey in honour of the monkey. Collins interest in distillation led him to create Schwarzwald Dry Gin which became the signature drink for the guesthouse.