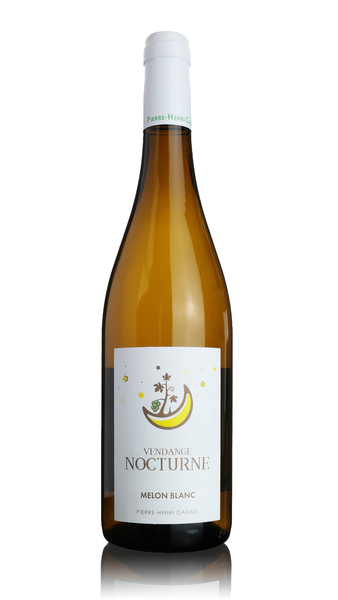 In a nutshell:
A light, vibrant and crisp Muscadet (in all but name) from the lower Loire valley near Nantes.

The lowdown:
A single vineyard wine in organic conversion. Melon Blanc is the grape and because winemaker Pierre-Henri Gadais has decided to put this on the label it means that he can't call it Muscadet, though it is. Unlike the more well know 'sur Lie' style of Muscadet 'Vendange Nocturne' does not spend times on its lees and is bottled earlier in the December after the harvest, rather than the following Spring. Stone and citrus fruits with a touch of salinity and sprtiz on the finish.

When to drink:
A refreshing white that works perfectly as an aperitif or with shellfish and seafood. 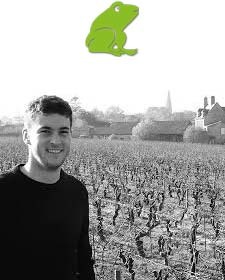 Domaine de la Combe in the village of Saint-Fiâcre-sur-Maine just to the south on Nantes near the where the Loire meets the Altantic ocean, is nestled in the cradle of the Muscadet appellation between the two rivers of Sèvre and Maine.

The slopes of these river valleys give the vines an unique exposure and, after centuries of erosion, they grow on a terroir of schist, gneiss and mineral rich orthogneiss, a composition of soils leading to Saint-Fiâcre being considered one of the best sites for Muscadet Sèvre et Maine. Wines are made from vines first planted in 1950's - a rarity in the area as most are dug up after 40 years - with the latest planted in 2016. After working in vineyards across the world, Pierre-Henri Gadais returned in 2016 to take over the Domaine from his father Christophe, to whom the previous owner - Nelly Marzelleau - had passed on the estate in 2009. Passionate about the expression of terroir and protecting the environment, Pierre-Henri is in the process of converting the vineyard to organic viticulture, aiming for full certification by 2021.