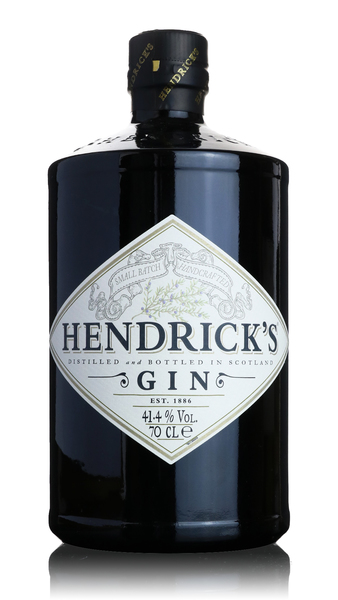 In a nutshell:
A quite unusual and distinctive Scottish gin with cucumber and rose petals among the botanicals.

The lowdown:
Since its launch over twenty years ago Hendrick's has become one of the most popular premium gins in the market. And with the brand being owned by Scotch whisky producer William Grant & Sons it's a fixture in many drinks cabinets. It's made in small batches with a range of exotic botanicals and infused with rose petal and cucumber. This makes it exceptionally smooth and with the required character and balance of subtle flavours that's just great for cocktails, or a classic G&T. 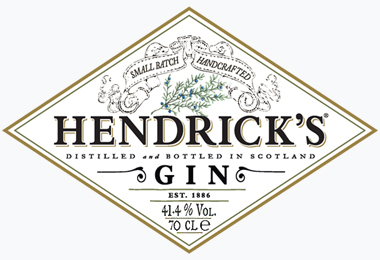 Hendrick's Gin was first released by William Grant & Sons of Girvan in Ayrshire back in 1999. Its orogins though can be traced to a few years earlier to the two pot stills purchased by Charles Gordon, great grandson of William Grant in the 1960s. These remained in the company until the gin itself was created by Grants Malt Master David Stewart and Hendricks Gin Master Distiller Lesley Gracie, using both stills and a distinctive collection of botanicals. Whilst the original version is firmly established as a household name in recent years they've also introduced several other variations to the market.