A classic pale VSOP Cognac made from fruit coming exclusively from the superior Grande Champagne area. Its distinctive bottle exudes an air of understated quality which a is a hallmark of this historic Cognac house. 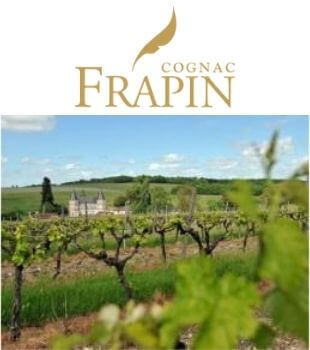 Established in South-West France since 1270, 21 generations of the Frapin family have been, at first wine growers, and then distillers, and owners of 240 hectares of vineyards in Grande Champagne.

Notable dates from the 21st Century are:

In 2003, Frapin vintage 1948 is served at a dinner at 10 Downing Street for Queen Elizabeth II and her government minitsters.
In 2008, they were voted Best Spirit in the World at the International Spirits Challenge.
In 2012, Cognac Frapin were awarded the mark "Entreprise du Patrimoine Vivant".
In 2013, they were given the "Excellence Francaise" label.
In 2016, Frapin VSOP was awarded the title of "Best VSOP Cognac in the World.