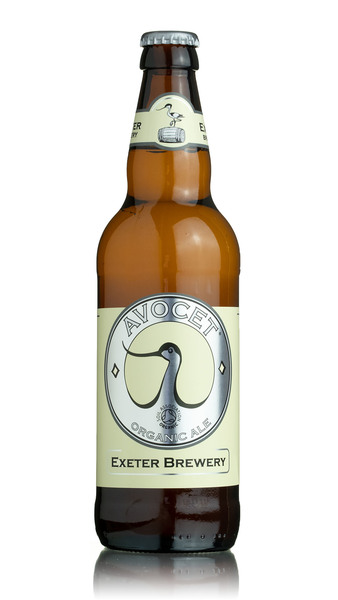 In a nutshell:
A modern style organic Blonde ale from the Exeter Brewery in Devon.

The lowdown:
Since first being brewed in 2008 - it was one of the first organic real ales brewed in Devon - this has bcome firmly established as Exeter's best selling beer and it's not hard to see why. Made with three varieties of hop it has a wonderfully refreshing character.

Founded in 2003 on the Exminster Marshes nature reserve the brewery came under its current ownership in 2007 at a time when craft brewing was exanding rapidly. Their original beer, and still one of their best sellers, was Ferryman a classic copper coloured best bitter. This was followed by Avocet a more modern style of citrussy golden ale and Devon's first organic real ale. In 2013 they relocated to new premises in the heart of Exeter which has allowed them to further extend operations and they are now very the main brewery of Devon's county town.