In a nutshell:
A rich, and complex German dessert wine fron the Mosel valley in a small 18.75cl bottle.

The lowdown:
Beerenauslese wines are made from specially selected, overripe grapes which have a great natural sweetness balanced with the right amount of acidity. This has juicy ripe fruit flavours like dried apricots with a fresh citric, mineral streak that prevents the richness from becoming cloying and which leads to a long, satisfyingly clean finish.

When to drink:
These is a wine which will age for many years gaining further layers of complexity along the way. 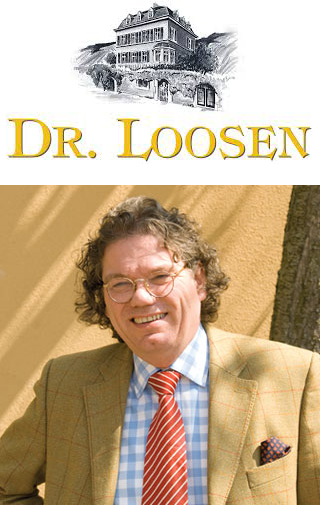 Ernst Loosen runs one of Germany's great estates. Situated on on the banks of Mosel near Bernkastel it has been in the family for over 200 years and possesses some of Germany's most respected and spectacular vineyards. The, nearly 12 hectares of vines are mainly Riesling and are in top sites from the villages of Bernkastel, Graach, Wehlen, Ürzig and Erden which present their own different characteristics like red slate, blue slate, red volcanic conglomerate soil. The dangerously steep slopes in some cases have ungrafted vines that can be up to 140 years old.

Whatever factors come into play it is clear that they contribute to the unique and exhilarating discoveries that can be found upon opening up a bottle of Dr. Loosen. In the last few years Ernst Loosen has moved a great deal of his attention to producing dry wines in the traditional style of his ancestors. This means a focus only using healthy grapes, spontaneous fermentation, extended maturation of the wines in large wooden casks and an emphasis on letting his dry wines rest the full lees. This inspiration came to him after tasting an older Ürziger Würzgarten dry Riesling from the middle of the 1900's that an old customer of his grandfather brought to him, and after that day he was driven by the question "what did they do in these days to make a dry wine so age-worthy." This question may never be answered, but if you try his Grosses Gewächs wines you will see that he is on his way to unlocking some of this great mystery.