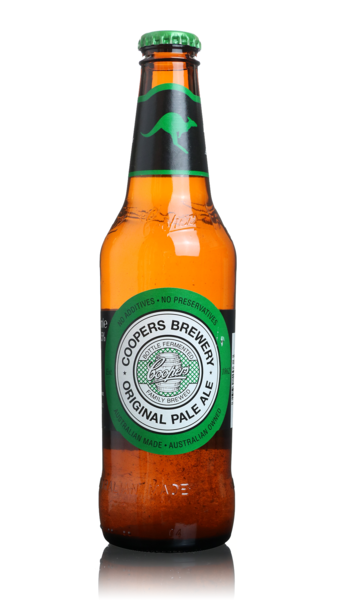 In a nutshell:
A real thirst-quenching and hoppy South Australian Pale Ale from Coopers of Adelaide

The lowdown:
Coopers Original Pale is naturally conditioned in the bottle. Their traditional brewing method produces the trademark sediment that give their ales a distinctive, fine cloudy appearance. The beer is a deep golden colour and pours with a generous level of foam. To unlock its full flavour potential, make sure to roll before pouring. It contains no additives, or preservatives. 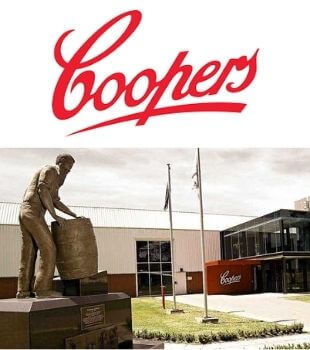 Adelaide based brewery Coopers was originally established by Thomas Cooper, an emigrant Yorkshireman and shoemaker by trade. His first brew was said to have been wife’s recipe who was an innkeepers daughter. Not only was it the reputation of the early brews that established Coopers as a brand, they were also considered one of the first breweries to tame the fierce heat of the region so as to produce a higher quality beer.


Originally known for top-fermented light ales and stouts, Cooper’s as we know them today are famous for their sparkling ale made along traditional lager techniques. Ubiquitous in the region, travelling Australians have ‘distributed’ the reputation of the brewery which is now available worldwide. Interestingly, Coopers are latterly well known for their home brew kits said to be indistinguishable from the original when brewed with a deft hand!


Five generations on and the brewery is still family owned.