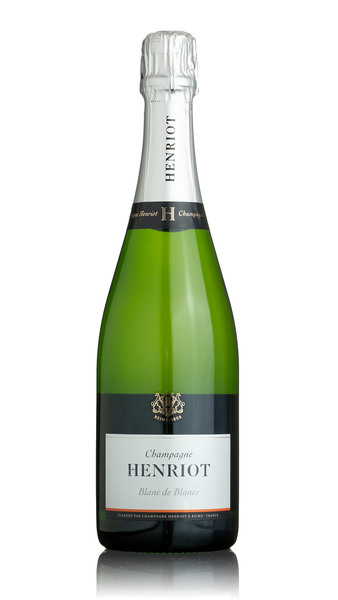 In a nutshell:
Classic Blanc de Blancs Champagne made exclusively from Chardonnay and something of a Henriot speciality.

The lowdown:
Founded in 1808 Champagne Henriot is one of the last independent, family owned Champagne Houses. Henriot sourcing the most of the fruit for their Blanc de Blancs from the Cote de Blancs, acknowledged as the best area for Chardonnay. Whilst the nose and flavours are fresh and delicate - think citrus fruit and white peaches - it also has a real complexity and length.

When to drink:
Soft, rounded and graceful it makes an excellent aperitif as well being an ideal partner to seafood. 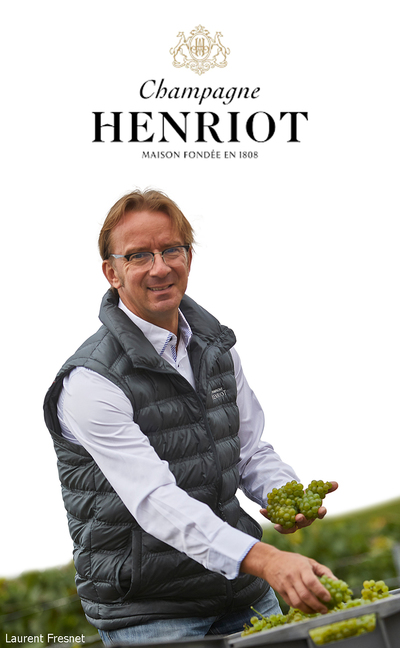 In 1791, Nicolas Henriot settled in Reims and started a negociant business. His subsequent marriage to Apolline Godinot brought a dowry of vineyards in the Montagne de Reims. Following Nicolas' death in 1808, the widow Henriot founded the maison. Henriot's close association with Chardonnay dates back to another important wedding in 1880 when Paul married Marie Marguet, owner of vineyards in the Cotes des Blancs. Today Henriot is one of those rare family Champagne maisons, still independently owned and managed by the eponymous family continuously since its beginnings. Joseph Henriot has maintained the commitments made by the previous generations as the head of the Maison - commitments that consist of selecting the best crus, enhancing Chardonnay's purity and giving each cuvée time to develop fully.

Since 2008 his son Thomas Henriot has been gradually stepping into his father's shoes, representing the seventh generation to lead the family company. He continues to preserve the House's 'historical' spirit while instilling in it a new dynamism. Chef de Cave is Laurent Fresnet who epitomises their high standards in which he found recognition in being the International Wine Challenge's Sparkling Wine Maker of the Year for two years running in 2015 and 2016.