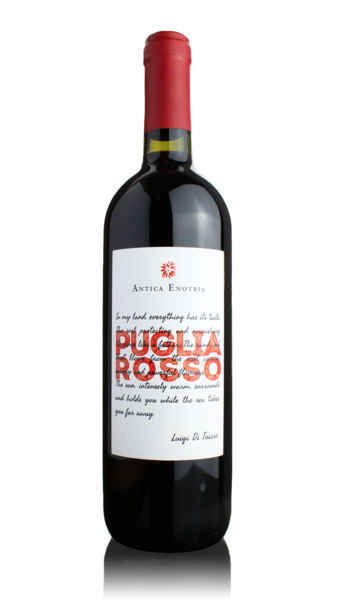 In a nutshell:
A soft and fresh, organic southern Italian red blend from coastal Puglia.

The lowdown:
From vines trained in the traditional Pugian pergola style this is a blend of the local Puglian grape Nero di Troia, along with Montepulciano and a little Sangiovese. After fermentation the wine is aged in tank for seven months before bottling and the result is a fresh, fruit filled wine with rich, ripe aromas of cherries, forest fruits and hints of violets. These fruit flavours follow on to the soft, rounded palate and the overall impression is of easy drinking softness and a light, breezy texture.

When to drink:
Calling it an all-rounder is really selling it a bit short; it works brilliantly by itself, or as a partner to pizza, pasta and much else besides. 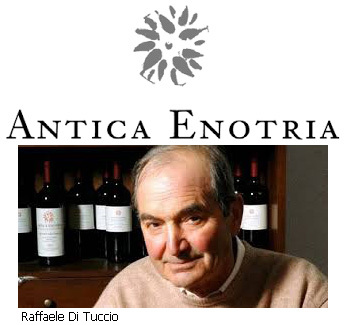 Antica Enotria has 12 hectares of vines just outside the Puglian town of Cerignola and just a few kilometres from the Gulf of Manfredonia on the Adriatic coast. It's run by Raffaele di Tuccio along with his wife Antonia and son Luigi. The enterprise started in 1985 when Raffaele bought a run-down 18th century farmhouse, or masseria, and, with Antonia and Luigi, spent the next few years bringing it back to life.

In 1993 they set about converting the whole estate to sustainable and organic cultivation. Whilst organic winemaking is their main occupation they also grow fruit, vegetables and olives and along with wine they also sell their own organic tomatoes, preserves and olive oil.

In the vineyards they grow traditional, indigenous Puglian varieties such as Nero di Troia, Primitivo and Negroamaro as well as Aglianico, Falanghina, Montepulciano and a little Sangiovese.

The di Tuccios are very much a part of their Puglian landscape and are completely committed to working in harmony with the land to grow honest and natural produce from it.

A small estate based in the town of Cerignola in the north of Puglia and run on an organic basis since 1991 by the Di Tuccio family.

In addition to making wine they also grow tomatoes, olives and artichokes.