This week’s episode of NG Wine School brings us to the relatively cool northwest of the country and concludes our tour of Italy. This part of Italy is home to some of the most highly regarded wines.

The full episode is available to watch here: 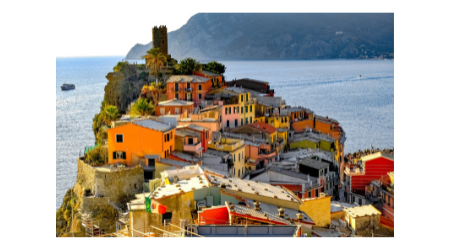 Liguria is sandwiched between the mountains bordering Piedmont to the north and the Mediterranean to the south. Whilst its production is very small, its wines are generally very good quality. Vermentino and Malvasia are the principal whites and we have previously found these across the rest of Italy. A local speciality is Rossese, either di Dolceaqua or di Albenga, and is the same as near neighbour Provence’s Tibouren, a pale fruity red perfect for summery when drinking slightly chilled.

Heading northeast through Emilia Romagna, which we looked at in our previous episode, we come to landlocked Lombardy, the region centred on Milan. It is a fairly industrialised area but is also famous for its wines, particularly Traditional Method sparkling wine.

Here, the main white grapes are Erbamat, Moscato and Trebbiano di Lugana, called Turbiana here. For Reds, some Nebbiolo (called Chiavennasca here), Barbera and Croatina. We haven’t come across Croatina before- this is a deeply coloured, tannic grape, often blended with Nebbiolo and sometimes seen on its own 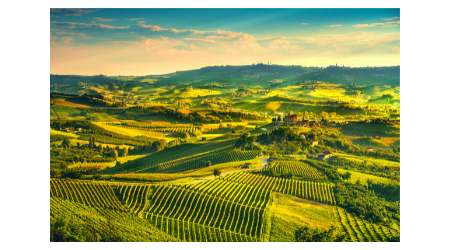 To the west of Lombardy is Piedmont, the most highly regarded wine region in North-West Italy, and for some the whole of Italy. The three principal reds here are Nebbiolo, Barbera and Dolcetto, and for Whites, Cortese is the main variety. Other grapes that you will find here are Ruche, Freisa and Grignolo for Reds and for Whites Arneis, Moscato, Timorasso and Favorita (which we’ve met previously as Vermentino in Sardinia and elsewhere).

Geographically. Piedmont has flat plains around the Po valley, but it is the hills where the best wines are made – 90% of vineyards are planted on slopes. Piemonte translates to the foot of the mountains, the mountains here being the Alps. The lower foothills here are home to the best vineyards. The hills of Asti to the south mean the whole area is almost encircled and has its own climate – hot summers and damp, misty autumns and cold winters. The clouds, or Nebbiolo, are a feature of the autumn here and this is where the Nebbiolo grape gets its name. Generally speaking, the wines are varietally named, with the area it comes from being appended if its from a geographically and, therefore, ‘superior’ region, so we have Barbera d’Astia, Dolcetto d’Alba etc. The soils here vary with some clay marl to the east, which suits a range of red and white varieties due to its good drainage, and some areas of sandy soil are found in Roero. Whilst sandy soil is not usually preferred for vine growing, the Nebbiolo and the Arneis grapes both do surprisingly well here.

Moscato is the dominant grape here. It is quite a contrast to the fuller-bodied reds of the region, and the Moscato d’Astia has had a bit of an image problem until recently. Some of the cheaper bottlings used to be served as an alternative to Champagne at weddings and other occasions. As it is off-dry to sweet it gained it a reputation as ‘Nasty Asti’. This is unfair because it is not champagne and is not trying to be – it is a lovely, light, grapey wine and is excellent at the end of a meal.

Cortese is grown across Piedmont, in areas such as Colli Tortonese or even now simply varietally labelled, but its best expression is in Gavi, a wine which you are most likely already familiar with; Gavi is almost a brand in its own right in the UK now. It is light, fresh and crisp and can be simple or surprisingly complex.

Barbera d’Asti and Alba are on the mid slopes and are not planted as high as Nebbiolo as they prefer a bit more warmth to ripen and soften their acidity. Where Barbera was always considered a bit of a black sheep, it has recently gained in popularity and is being treated to barrel ageing and a more considered approach to winemaking. This is likely due to it being more in tune with modern preferences for fuller-bodied, fruity wines. 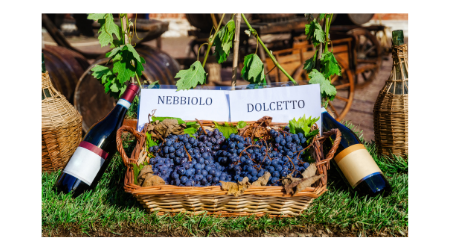 Dolcetto, meaning ‘little sweet one’ is the third main grape variety of Piedmont and is sometimes grown in the higher vineyards but more commonly alongside Barbera, specifically in Asti, and is at its best in Alba where it can be quite complex and is very good with a variety of food.

Nebbiolo is, however, what Piedmont is all about. In the glass, it can appear light, almost Pinot Noir like in its translucency which belies its high tannins. Tannins are often associated with dark grapes as they are housed in the skins along with the pigments and other flavonoids which make red wine what it is. The tannins are part of what gives Nebbiolo its balance, often referred to as tar and roses; a dark brooding earthy element balanced with a light, perfumed side. The two regions most famous for Nebbiolo, and where some of the best wines are found, are the Langue hills around the village of Barolo and the vineyards of Barbaresco. The best sites can be found on the mid slopes, usually facing south to make the most of the sunshine hours. Here, the Nebbiolo has the hallmark raspberry/cherry fruitiness and those tarry aromas that can develop with age into earthy, leather and mushroom aroma.

That concludes the NGW Wine School tour of Italy, we hope that you have enjoyed the previous five episodes and have learnt something new about Italian wines. We will now be taking a small mid-series break but will be back very soon with an episode focused on the wines of Germany & Switzerland.