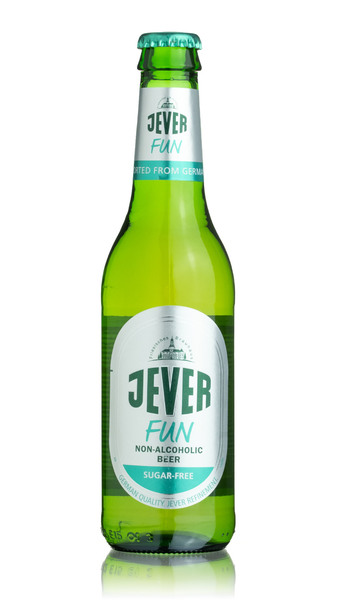 In a nutshell:
Alcohol free German Pilsener from the Jever Brewery near the North Sea coast.

The lowdown:
Brewed in the same manner as the full strength version to allow the full flavour of this favourite German lager to develop. The alcohol is then gently removed to leave it less than 0.5% ABV.