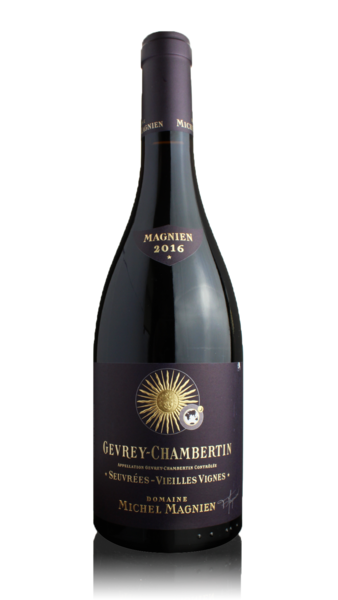 In a nutshell:
A rich and deep biodynamic Côte-de-Nuits Burgundy from the village of Gevrey-Chambertin.

The lowdown:
In 2015 Frédéric Magnien, son of Michel, obtained biodynamic certification for the estate, an achievement which they had been working towards for a number of years. The Seuvrées vineyard, from which this comes, is located towards the southern end of the appellation near to Morey-St-Denis and is close to the Grand Cru vineyards of Mazoyères and Charmes-Chambertin. Matured in a mix of used oak barriques and clay jars the fruit used comes from vines of around sixty years old. This brings an extra level of opulence to the signature flavours and aromas of black fruits, sweet cherries, liquorice and violets. There's also an underlying subtle hint of earthiness which marries well with the supple tannins.

When to drink:
A rewarding example of top quality village level red Burgundy. Perfect with beef and rich game dishes. 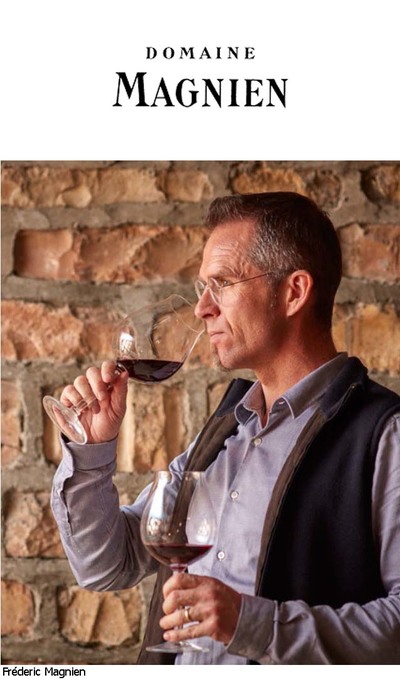 Now run by Frédéric Magnien, who is the fifth generation to run the family estate, they are based in Burgundy's Côte de Nuits village of Morey-Saint-Denis. Since 2008 the domaine began operating on a completely organic basis and they followed this up in 2015 by becoming a Demeter approved biodynamic estate, an approach they're strongly committed to.

The domaine has holdings across the villages of Morey-Saint-Denis, Gevrey-Chambertin, Chambolle-Musigny, Vosne Romanée and others. Included in these are a number of premier cru and grand cru vineyards. Frédéric's father, Michel, gained an international reputation for his full bodied, concentrated reds which was tempered somewhat by his son, when he joined the estate in 1993. The amount of new oak has been slowly reduced to give wines with more aroma, fruit and elegance but that still retain the trademark Magnien depth and richness.