In a nutshell:
A crisp, beautifully balanced, quality Italian Sparkler made in the classic method.

The lowdown:
At the start of the twentieth century Giulio Ferrari was the pioneer of sparkling wines in this region of north east Italy taking his inspiration directly from the wines of Champagne. In the intervening period his wines have gained an enviable reputation and are often considered among the best Italy has to offer. Maximum Brut is made from 100% Chardonnay grown on vineyards rangoing from 300 to 700m above sea level in the Trentino mountains which help give the finished wine a great concentration and lovely mineral notes. Matured at least 30 months on its lees before release it has a freshness and fruity fragrance up front underpinned with a biscuity depth. On the palate the fine silky bubbles give it a softness of touch which suits the delicate flavours perfectly.

When to drink:
Elegant and rounded this is equally good as an aperitif or paired up with seafood recipes. 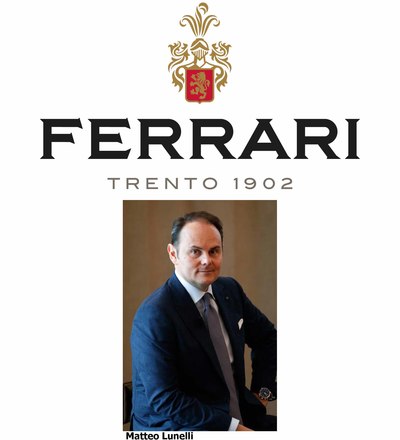 In the north east of Italy in the Trentino region is a high quality sparkling wine region which goes under the name Trento DOC. From here are produced some impressive Metodo Classico wines from Chardonnay and Pinot Noir made in the same way as Champagne. Indeed the region's leading producer, Cantine Ferrari, can take a lot of the credit for this since the company's founder, Giulio Ferrari, set out with precisely this objective back in 1902.

It was in the 1950s however, when the company passed into the hands of the current owners, the Lunelli family, that things started to take off. Today the company is in the hands of the third generation of the family being led by Matteo Lunelli who runs the business along with other family members. Along with their own vineyard holdings they work with up to 500 other growers in the Trentino mountains making them the biggest producer of the region's sparkling wines.Their range of vintage wines under the Perlé label are among the most well known and highly regarded, but they also make several other cuvées encompassing Blanc de Blancs, Blanc de Noirs and rosés al of which maintain a consistently high quality.