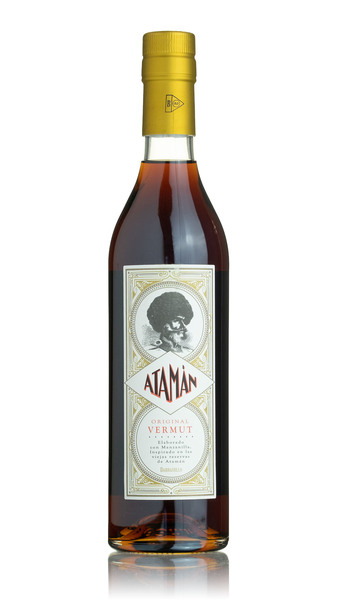 In a nutshell:
A fresh and singularly herbal Spanish vermouth from Jerez.

The lowdown:
Ataman, rather curiously, was a title given a Cossack chief, and here sees the relaunch of a range first created by Barbadillo in the 1940s. These vermouths ceased being on sale over fifty years ago and the remaining stocks have been ageing in oak casks in their cellars since then. This new version is based on the original using absinthe, quassia tree bark, rosemary, Seville orange and elderberry on a base of manzanilla sherry. A small amount of the original stock is also blended in. The result is a rich and distinctly herbal vermouth with a charactersistic, bold bitterness and real depth of flavour.

When to drink:
A seriously rewarding and complex vermouth that puts mass produced vermouths in the shade. 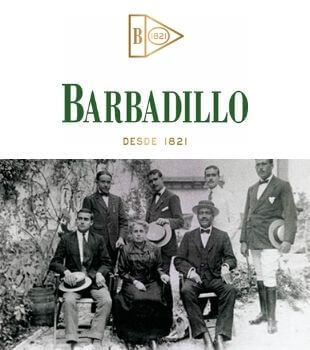 The Barbadillo family are one of the key players in the Sherry trade. From their base in the coastal city of Sanlucar de Barrameda, at the very southwest tip of Spain, the family have forged a reputation as one of the biggest and best Sherry producers.

Never ones to rest on their laurels, the Barbadillo family continue to push the boundaries and set the trend in what is an increasingly challenging Sherry market. Barbadillo was founded by Don Beningo and Don Manuel Barbadillo in 1821. It was Don Beningo's fortune, acquired through his business enterprises in Mexico, that allowed the family to purchase their first Bodega, the 'Bodega del Toro', near the 'Castillo de San Diego', in the heart of Sanlucar's old high town. A vitally important location for maturing Sherry, the high town occupies the ridge of a hill overlooking the rest of Sanlucar, and the Atlantic Ocean. Its height gives unbeatable access to winds that blow in from the sea. This allows the Bodegas with their high ceilings and classic huge circular windows to regulate their temperature and capture moisture essential for propagating 'flor', a layer of yeast cells that float on the surface of the wine inside the casks. It is 'flor' that gives Manzanilla its character and instantly recognisable saline flavour.

The family continued to acquire more Bodegas. Vitally, many of these occupied the 'first row' on the high town's ridge, at its apex, where the winds are not obstructed by other buildings. These superb locations and Barbadillo's winemaking skill meant that their reputation soared. Todays seventh winemaking generation own 12 Bodegas, housing 30,000 Sherry butts, many of which are fed with wines sourced from Palomino Fina grapes grown at the family's 500 hectare Gilbabin and San Luisa vineyards in the Jerez Superior.

These solid foundations have resulted in Barbadillo producing some of the world's most famous Sherry brands, including 'Muy Fina' and 'Solear'. The latter of which has received numerous awards, including selection as the "World's Best Manzanilla 2015" by Wine Spectator.

Barbadillo are also famous for old and rare Sherries. Thanks to almost two centuries of careful stock management by the family, they have a huge stock of old wines. Some of these have been in the family's care for over 150 years. The 'Sacrista' cellar is home to the oldest Criadeiras (a level of butts in the Solera), and the family's own private collection. These oenological treasures are released in tiny parcels as 'Reliquias', or artfully blended by winemaker Montse Molina into old "Cuco" and "VORS" wines. They have received some of the highest accolades in the wine world, regularly scoring points in the high 90s from Parker with the Palo Cortado Reliquia receiving 100 points. In 2014 Barbadillo launched "Versos 1891", a game-changing wine that has set new levels of excellence in the Sherry industry. This super luxury Sherry is bottled from a single cask of old Amontillado laid down in 1891 at the christening of Don Manuel Barbadillo.