In a nutshell:
An exceptional Amarone from a quality focussed biodynamic producer.

The lowdown:
Musella make some stunning wines and their Amarone Riserva is one of the jewels in their crown. Amarone wines are made using a special technique - appassimento - where the grapes are dried before pressing. The result is an amazingly concentrated and rich wine. Here the cherries and spice on the nose run right the way thorugh to the seemingly never ending finish. 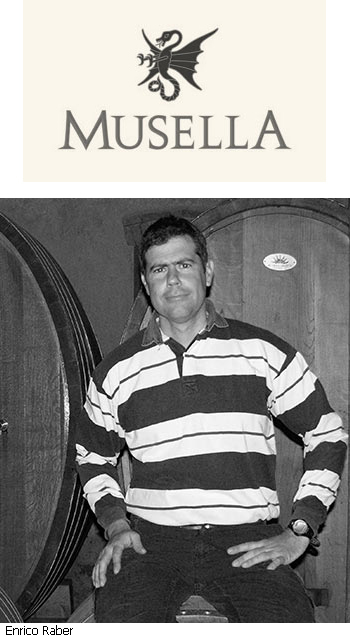 The splendid seventeenth century villa of Tenuta Musella is set within the beautiful, green hills of San Martino Buon Albergo, close to Verona in one of the most picturesque vineyard regions in the Veneto. Originally the home of the counts of Muselli the estate was broken up in 1990 after which the vineyards were acquired by Emilio Psaqua di Bisceglie. As well as the winery and vineyard they boast a swish country relais where you can stay in the heart of this picturesque region.

Emilio continues to run the estate along with his daughter Maddalena and newphew and chief winemaker Enrico Raber. The vineyards cover three different hillside locations on south and west facing slopes, which offer a remarkable differentiation of soil types; the Monte del Drago, Perlar and Palazzina hills and, for a number of years now, they've been a biodynamic producer. Whilst only a small producer they produce a number of wines specialising particularly in Valpolicella and Amarone.