An aged, mature Barolo with a real elegance and authority.

Riserva Barolo must be aged for at least five years before bottling and this sublime example from Giacomo Borgogno, which was bottled in 2008, is the product of Nebbiolo grapes grown in five favoured vineyards. 2003 was a good vintage year in Piedmont and this wine which has matured really well has acquired a delicate fragrance and florality which sit perfectly with ripe red fruits and violets on the palate. Silky and full in the mouth there's a real intensity which is balanced by the well integrated, soft and supple tannic structure.

Now at its best it's a sublime example of Nebbiolo at its best. A great pairing with roast, grilled or casseroled beef dishes. 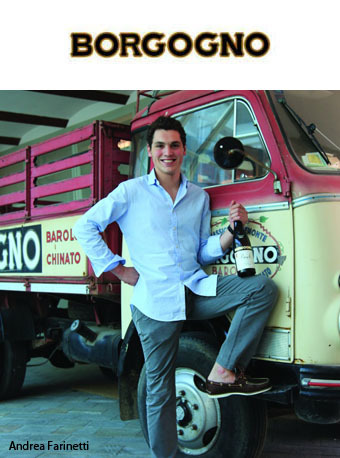 Originally established in 1761, by Bartolomeo Borgogno, they are one of the earliest Barolo producers and are, today, considered one of the benchmark estates of the region. However despite their age they're among the most go ahead in the region. Back in 1920 when Cesare Borgogno took over management things started to move ahead. Cesare started to export his wines but also had the vision to keep aside at least half of the production, with the idea of releasing it after a minimum of 20 years ageing and this has been something that has really paid dividends since then. Nowadays they're especially famous for the library of older vintages which have been immaculately stored in their cellars. They are based in the Piemontese village of Barolo itself and have around 30 hectares of vines in the surroundings including some of the most sought after sites in the area. Most plantings are of Barolo's signature variety Nebbiolo with Dolcetto, Barbera and Freisa making up the balance. They also grow a small amount of white grapes with 5 hectares of Riesling and Timorasso.

Today, the estate is managed by Andrea Farinetti after it was acquired by his family in 2008. This young winemaker is combining both the history and traditions of this estate with a modern approach. The result is absolutely fantastic wines. In respect of the Earth, Borgogno does not use chemical fertilizers or herbicides in conjunction with sustainable treatments. In 2016 they began their conversion process to organic farming and expect to receive certification in time for the 2019 harvest.