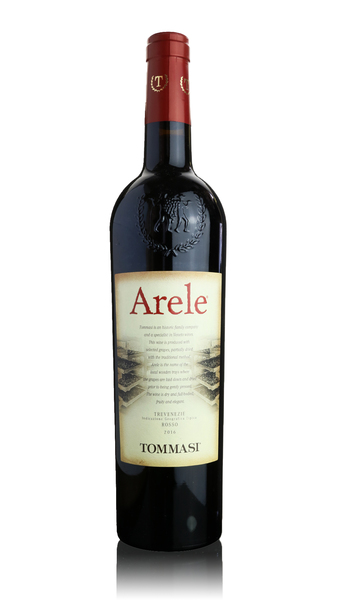 A concentrated and supple Veronese red with a good pedigree.

To achieve the desired concentration this wine is subject to 'Parziale Appassimento', that is 30% of the grapes are partially dried on wooden trays called Arele for 30 days before fermentation. It's then matured for 12 months in large Slavonian oak casks prior to bottling. The result is a wine with a medley of ripe dark fruit aromas with touches of dried herbs and soft spices. And these deep black cherry and plum flavours follow right through to the long, refined finish.

Sumptuous and intense it's an excellent paring to rich pork and red meat dishes and also ripe soft cheeses. 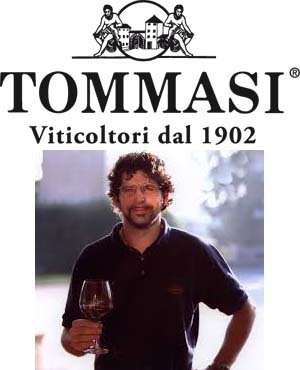 Tommasi was founded in 1902 and has grown to be the largest family-owned vineyard estate in Valpolicella Classico. Tommasi is located in Pedemonte, north of Verona, in the heart of the historic 'Classico' region, from which the best quality wines are produced. From grandfather Giacomo's small vineyard holding, the Tommasi estate has grown over the years and today comprises 195 hectares of vineyard including 105 hectares in the Valpolicella Classica and 15 hectares in the Lugana DOC.

The family own vineyards in some of the prime hillside sites in the region: 'La Groletta', 'Conca d'Oro' and 'Ca'Florian', where the grapes for the Amarone Classico, Ripasso, and Valpolicella Classico Superiore are cultivated. The most prestigious wine of the Valpolicella is the opulent Amarone, one of Italy's top wines.

Produced from the four Valpolicella grape varieties; Corvina Veronese, Corvinone, Rondinella, Oseleta, and cultivated on hillside terraces, only the best and most mature bunches are hand selected for the two Tommasi Amarone wines. The grapes are dried by the cool autumn breezes after harvest and are crushed and fermented the following February.

The estate is owned and managed by the fourth generation of the Tommasi family, with six family members working together in harmony. Pierangelo manages the UK market, while winemaker, Giancarlo prefers to stay close the vineyards and winery.

Leaders in their field, Tommasi are also one of the founding members of the 'Amarone Families', a collective of family-owned and run, vineyard owners, established in 2009 to provide a focus for quality Amarone production and distribution worldwide.