Grampians is an area of Western Victoria renowned for top quality Shiraz and this from the 'The Story Wines' is a textbook example. This vintage has provided a classic, dark fruits style with minerality, florality and a good, tight structure. It's fine boned, but with serious power. Fermented with wild yeasts. 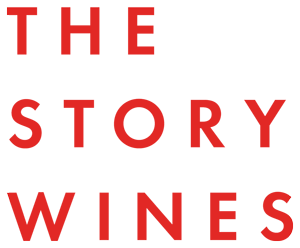 The Story Wines have a less familiar tale to tell. Rory Lane, the founder and owner, doesn't come from a family of winemakers, or have previous connections in the business. He's a graduate in Greek Literature who stumbled into a postgraduate course in winemaking in an attempt to put off getting a real career. Bitten by the the bug he gained valuable experience in Australia and the USA before decided to set up shop for himself.

The winery is, as he descibes it, in a fairly drab suburb of Melbourne called Bangholme, whilst his fruit comes from growers with whom he's built close relationships in the Grampian and Henty regions of Western Victoria. He likes to harvest early to emphasise the acidity and freshness of the fruit and his winemaking is as hands-off as possible using natural fermentations and as few additions as possible.

The products of his slightly different approach have been making a few waves in Melbourne and around and we're fortunate that a small amount is now finding its way to the UK.