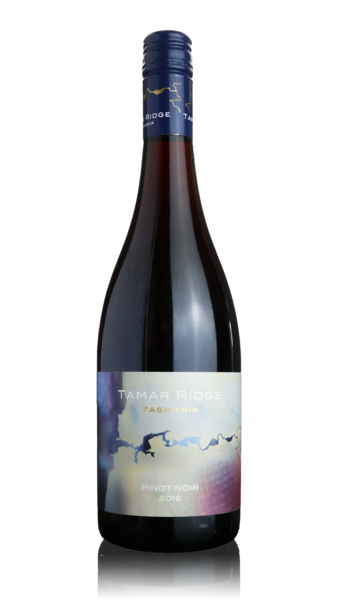 In a nutshell:
A wonderfully elegant expression of Tasmanian Pinot Noir from one of the island's leading exponents.

The lowdown:
Tamar Ridge are possibly the best known of Tasmania's wineries and making great Pinot Noir is what they're really all about as this delicious wine amply demonstrates. After a carefully controlled fermentation the wine is pressed and aged in French oak barriques for around nine months. The result is a sumptuous style of Pinot with ripe up-front fruit flavours of cherry and strawberries. This intensity of ripe fruit gives round mouth-filling flavours leading to a long gentle finish with supple, silky tannins and excellent length and persistence.

When to drink:
It's a wine which you could keep until the mid 2020's but is already in peak form. Very versatile, and great by itself, it'll make a good accompaniment to things like spring lamb, or poultry.

The Tamar Ridge winery one of the biggest in Tasmania can lay claim to establishing the island as a serious producer of quality wine. The business was established in 1994 when a group of existing vineyards, including the 22 hectare site at Kayena, were brought together, followed by, in 1998, the building of their winery overlooking the Tamar estuary north of Launceston. In 2010 they were acquired by Brown Brothers, one of Australia's oldest and leading wine producers, since when, with continued investment, Tamar Ridge's brand continues to go from strength to strength.