In a nutshell:
Talisker's signature single malt with its peat smoky and briny character.

The lowdown:
From the remote Isle of Skye, this is one of the famous Island malts and one we couldn't resist listing. It's fantastically spicy, characteristlically peaty and absolutely mouthwatering. The long and persistent finish has a spiky pepperiness coupled with an appetising sweetness.

It's an absolutely full-on complex malt with so much going on. 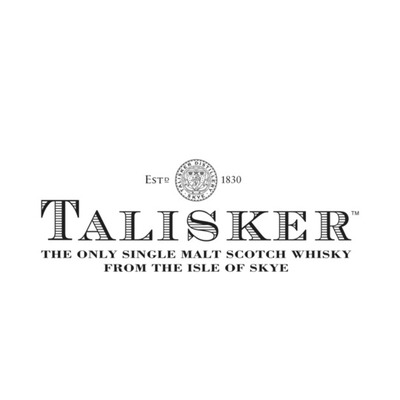 Talisker is the oldest working distillery on the Isle of Skye and, on the banks of Loch Harport remains on of the most remote.

Established in the 1803s it's one of the 'Clearance Distilleries' that are found across the Highlands. The local laird, from the MacAskill family, built the distillery as one of their money making schemes and a source of employment for crofters who had been cleared from their lands to make way for sheep farming. However, partly to do with its remoteness, the distillery struggled through the 19th century and is wasn't until 1916 when it was acquired by a consortium led by the Distillers Company (who have since become Diageo, the current owners) that their fortunes began to improve.

Whilst always having been a contributor to Johnnie Walker blends their single malts have also been seen, often from Idependent bottlers such as Gordon & Macphail. As a whole their whiskies are quite full-bodied and rich and are certainly quite approachable and easy to enjoy which is amply demonstrated by their current popularity in the market.