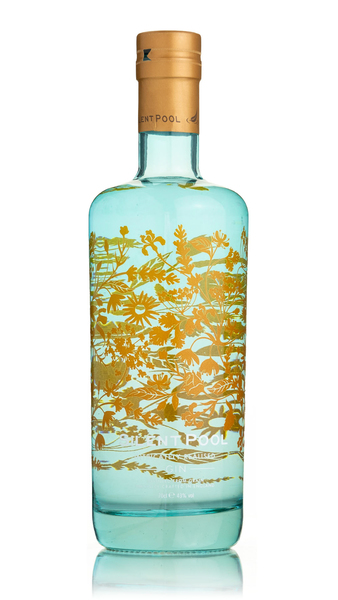 In a nutshell:
A handcrafted, juniper led gin distilled on the Albury Estate in Surrey with a touch of honeyed richness on the finish.

The lowdown:
Distilled on the Duke of Northumberland's Albury Estate in the beautiful Surrey Hills near Guildford it's made using no less than 24 botanicals. It's clean and juniper driven with fresh notes of citrus and kafir lime; and the addition of a touch of subtly sweet local North Downs honey gives it a vanilla edged twist on the finish.

Silent Pool Distillers is named after the spring fed lake of the same name sitting at the foot of Newlands Corner near Shere on the Duke of Northumberland's Albury Estate in Surrey's North Downs not far from Guildford. Interestingly there's a rather spooky tale concerning the pool that certainly helps the story of the spirits now being distilled here.

The distillery itself is the brainchild of one time TV executive Ian McCulloch and drinks industry brand buidling expert James Shelbourne who used their own financial resources to invest in and equip a distillery in a former farmyard barn on the Albury Estate. They hired a couple of promising graduates from the highly regarded brewing and distilling course at Edinburgh's Heriot-Watts University and production started towards the end of 2014, from which time it's been full steam ahead.

In addition to their now well known Silent Pool Gin they've added a range of complementary spirits and liqueurs but all the time their emphasis is on maintaining the authenticity of their products and this is in no small part due to their insistence on obtaining their botanicals from local sources, several of which are harvested and foraged from the North Downs in the vicinity of the distillery.