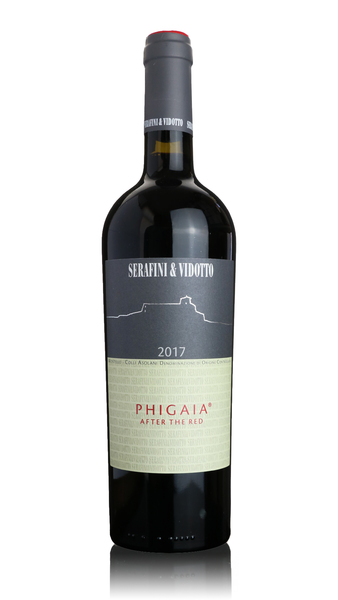 In a nutshell:
A seductive, savoury and balanced Italian red blend from the Veneto in the north eat of the country

The lowdown:
In their corner of north east Italy not too far from Treviso Francesco Serafini and Antonello Vidotto are the area's masters of the classic Bordeaux varieties and in this wine they've really shown what they can do. This is very much the Veneto's answer to a Super Tuscan and is made from Cabernet Franc, Cabernet Sauvignon and Merlot whch is aged for between 12 and 18 months in oak prior to a further year in bottle before release. It's got rich and fruity notes of sour cherries and blackcurrants followed by elegant herbal nuances, pepper, coffee and vanilla bean. Fresh and elegant in the mouth with ripe tannins and spicy softness it leaves with a balanced fruit filled finish.

When to drink:
Impressive and silky this is a great choice to go with a Sunday roast, or juicy, rare steak. 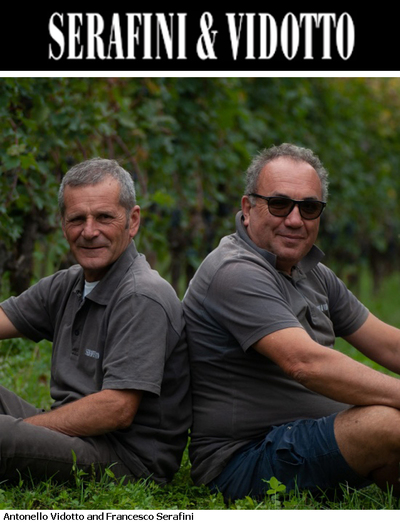 Francesco Serafini and Antonello Vidotto are two old schoolfriends who, deciding to unite their talents and passion for high quality wines and vineyards, purchased 20 hectares of vineyards back in 1986 in what is now the DOC area of Montello - Colli Asolani north west of Treviso, and started out in the winemaking world. Initially they chose to plant and make wines from international varieties such as Cabernet Sauvignon, Cabernet Franc and Merlot, but more recently have started working with a once famous but now forgotten native grape, Recantina.

Between them they've created one of the Veneto's finest wineries and they've long been considered one of the best producers of Cabernets Sauvignon & Franc in North Eastern Italy. Over time increased production and mounting success meant that they needed to build a bigger cellar. And thanks to a collaboration with a renowned architect, the result was a very modern, two story, gravity-flow winery which sits overlooking the Piave river beneath the ruins of an old abbey in the village of Nervesa della Battaglia. Their wines are regular award winners and highly rated by the leading Italian food and wine publication Gambero Rosso.