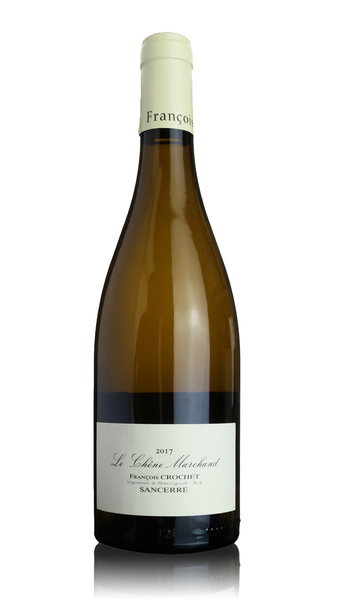 In a nutshell:
A very pure and fresh Sancerre from a small, sought after vigneron.

The lowdown:
François Crochet and his wife Carine are a very much 'hands-on' pair at their small Sancerre domaine made up of several quite tiny parcels of vines dotted about the area. Harvesting is all done manually with the fruit pressed at his small, but modern winery right behind his house. After pressing the juice is left to settle before being racked and fermented after which it spends around 10 months on its lees to give additional texture and mouthfeel. No oak ageing takes place. The result is a complex and concentrated wine with gooseberry and blackcurrant leaf aromas and hints of honey overlaid with minerality and a tight core of acidity. It finishes elegant and long with flint and ripe apple hints.

When to drink:
One that leaves an enjoyable and lasting impression. The crisp acidity and minerality make it an excellent choice to accompany shellfish and seafood dishes. 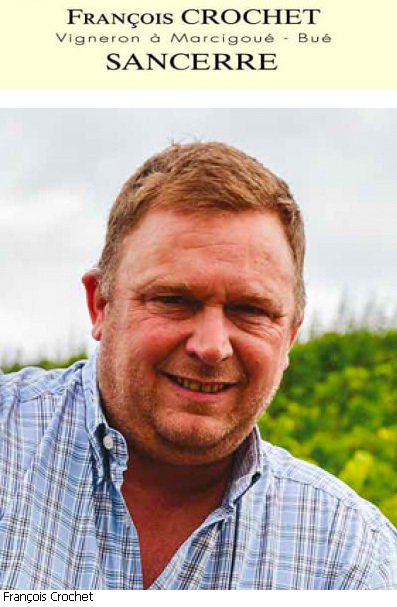 After graduating from wine school in Beaune and learning his craft working at various estates ranging from Bordeaux to New Zealand François Crochet took over his father's domaine in the late 1990s. Small in size, it consists of about 10 hectares mostly planted on the limestone slopes surrounding the prestigious village of Bué just west of Sancerre itself.

Over the years François has made quite a name for himself by consistently making delicious and well balanced wine of great character that really reflect the terroir of the area. He's some one who respects traditional methods whilst also being keen to incorporate modern technology whenever it's going to be of advantage. From the 2017 harvest his vineyards will have obtaines organic certification. The results of his labours are some of the most precise and refined Sancerres around which are intensely flavoured with a crisp, refreshing acidity and great length.

The limited size of his vineyards has, to some extent, made him a victim of his own success. With his different cuvées only being made in limited quantities demand for them regularly outstrips supply.