The lowdown:
Whilst its only been around since 1984 Sam Adams Boston Lager is now of of the iconic beers of New England. Its a lager with a deep amber colour and characteristic floral and citrus flavours and aromas. 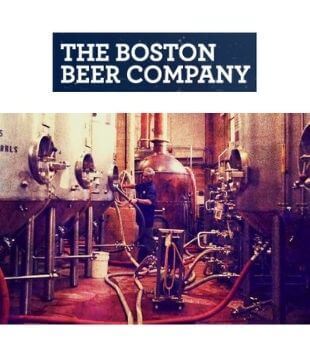 A relatively new brewery, the Boston Beer Company was founded in the early 1980’s by Harvard educated James Koch. Already successful as a consultant in other industries, it seems that the long family history of brewing tempted Koch to set up his own brewery. The first beer produced by Boston was brewed in the kitchin to an original family recipe for Louis Koch lager. Branding this first brew rather patriotically as Samuel Adams, this richer Viennese amber style of lager put Boston on the map. It’s still their best known ale to date. Boston’s rise to the top is in part due to the ever-expanding interest in craft beers during the 1980’s and most consider Boston’s ales to have played a significant role in this movement.