Employing a grain bill composed solely of Pilsner malt, theyve hopped this using the traditional Hallertau coupled with a carefully selected variety from the Alsace region of France. The result is a perfectly poised lager balancing residual bitterness with a little sweetness and a subtle, pleasing hop bouquet.

Absolutely full flavoured and highly deserving of its craft credentials. 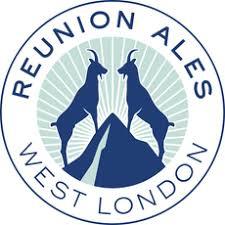 Having started their journey in October 2015 at their brewery in Feltham, West London, they've progressed rapidly, seeing production grow to meet the demand for their beers in London, the surrounding counties and further afield. With several awards now under their belt (their house bitter was a finalist for the Champion Beer of Britain), they continue to challenge themselves - pushing their creative energy in new and exciting directions.

Reunion is the only London brewery to put sessionability at the heart of its proposition. They strongly believe that you shouldnt have to work hard to enjoy craft beer. Their beers are finely engineered - each one a delicately poised sum of its parts where ingredients work in unison rather than any one pushing too much to the fore. Put simply, their philosophy is: if a second Reunion doesnt follow the first, theyve manifestly failed.