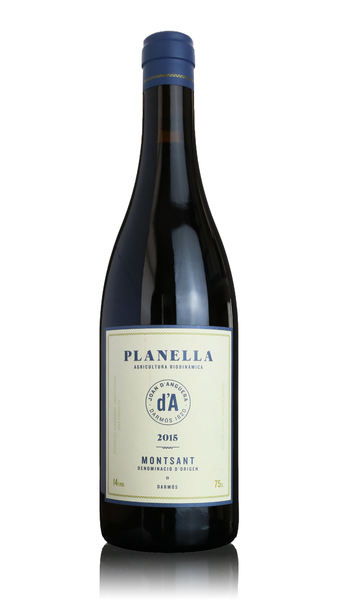 In a nutshell:
A big and robust wine from Montsant, next door to Priorat in Catalonia.

The lowdown:
Joan d'Anguera is a 200 year old family estate and this wine comes from their rocky, north facing, Planella vineyard. Montsant might not be as well known as Priorat, but many of the wines from here bear a similarity of style, as does this, and often without the same price tag. Carinena forms the backbone of the blend alongside some Syrah. It's fermented in concrete tanks before being transferred to French oak barriques for a year. With wild and rustic notes of juniper, herbs and minerality it's a full bodied, flavoursome number with a peppery and savoury finish.

When to drink:
Feisty and full of flavour it's made to go with red meats perfectly. 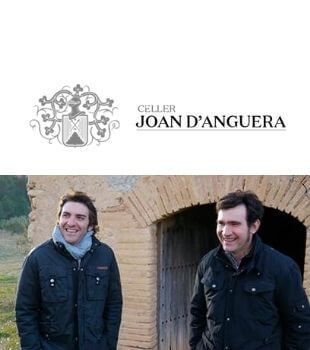 The Joan d'Anguera estate was founded in 1820. Joan Anguera, the second born child of the House Anguera and owner of several properties in the village of Darmos, set up his estate. His parents helped him with money and a house known as "Ca Joan d'Anguera". Additionally, despite not being the heir, he also inherited three vineyards that always belonged to his family.

Today, it is the 7th Generation that runs the estate. Brothers Josep and Joan Anguera Pons took over the estate in 2000 when their father died. In the early days, they continued to make structured, alcoholic and oaky wines, following the trend at the time.

In 2008 they started a total transformation of the vineyards to make wines in balance with the terroir, following organic and biodynamic methods and focusing on Grenache and Carignan in most of their plots.

In 2012 they achieved organic and Demeter certification in all their vineyards.