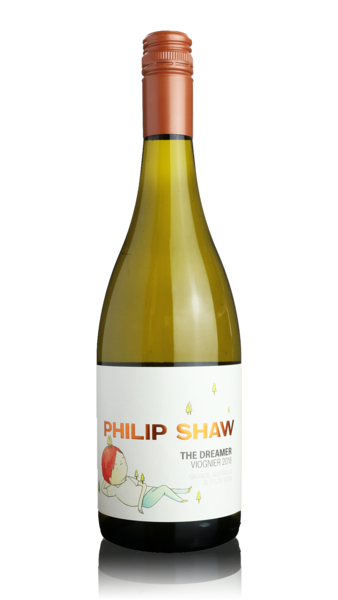 In a nutshell:
Fresh, cool climate Viognier from Orange in New South Wales with a pleasantly modest level of alcohol.

The lowdown:
Taking its inspiration from France's Northern Rhone whites this is a very good example of Philip Shaw's highly individual style. Dry, spicy and quite powerful there are dried apricots and honeydew lifted by touches of lime on the bright and vibrant palate. There's a generous depth of flavour along with a smooth body which leads to the long elegant finish which has a hint of peppery spice.

When to drink:
Subtle and feather light it's great to drink by itself or with food pari with light spiced south asian dishes or fruity middle eastern recipes. 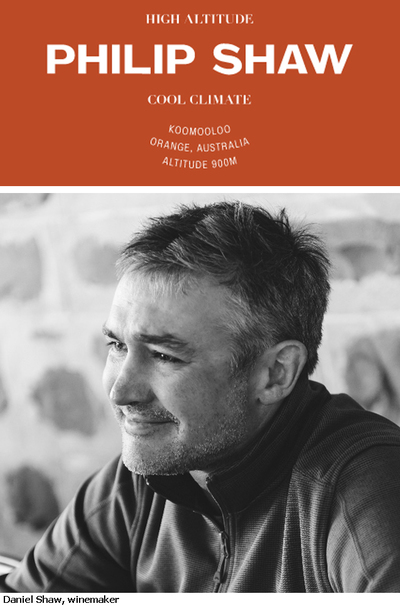 The dream started long before the acquisition of their Koomooloo vineyard in 1988. Philip spent years investigating and exploring many regions within Australia until by accident he noticed the undulating roll of the countryside when flying over the Orange region of New South Wales. After a few days of intense research into this highland area he returned the next week to find the region had a near-perfect balance of elevation and sunshine.

The adventure began when Philip purchased the land for his Koomooloo vineyard in June 1988. In close proximity to the regions highest peak, Mt Canobolas, Koomooloo vineyard rises to an altitude of 900M with red loam soils over limestone. In detail the Orange region and particularly Koomooloo Vineyard is perfect for the styles of wines Philip is keen to make - In reality understanding the uniqueness of this region has been an unravelling journey. To respect and work a vineyard like Koomooloo to its full potential is sometimes daunting, however the future is too exciting to sleep through.

Philip has been making wine in Australia for more than four decades and he approaches each aspect of wine making with a healthy mix of innovation and unrelenting quality standards.