In a nutshell:
A crisp, smooth and refreshing Cornish Pale Ale from Padstow Brewing.

The lowdown:
In Padstow May Day is one of the most important days of the year, and this beer was originally created especially to celebrate the occasion. Due to it's overwhelming popularity they eventually made it a core beer to make it available year round. Made with extra pale malt and 100% citra hops it has a tropical and slightly bitter flavour with a citrus and elderflower aroma. It's a crisp, smooth and refreshing pint.

Suitable for vegans, it contains barley and wheat, but has had the gluten removed to less than 20ppm, and as such can be labelled as Gluten Free. 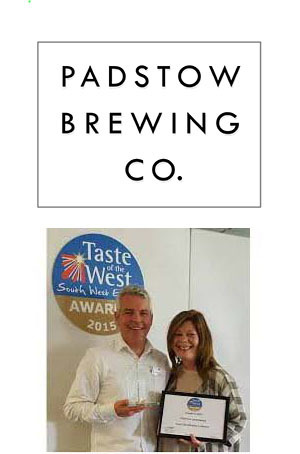 Padstow Brewing started up in January 2013 in a converted surf shower, at that time just testing out recipe ideas. The equipment was tiny (just 100 litres or half a brewer's barrel) but still too big for the space; only one person could get in at a time. If you weren't inside you were out, and if it rained you just got wet. Something had to give.

They moved to their current premises in Padstow where they live, and spent Summer 2013 selling beer as fast as it was being made (which was too slowly). So in Autumn 2013 they decided to invest in a substantial new British-built custom-made brewery. Built by Johnson Brewing Design it uses a gas-fired copper for speed and efficiency, and heat recovery to reduce energy and environmental impact. The brewery is able to produce 10 Brewer's barrel (around 3000 pints) per brew. Spent grains go free to local farmers for animal feed, and hops for compost.

They boast the only female Head Brewer (Brewster) in Cornwall, and are run by husband and wife team Caron and Des Archer. They work together at the brewery, Caron has the best palate and loves experimenting with the myriad of different hops and malts available, while Des concentrates on the process and technology of brewing. They had no brewing background or experience prior to starting up. They trained with Dave Lang of the Forge Brewery in Devon who is one of the most respected brewers in the South West.