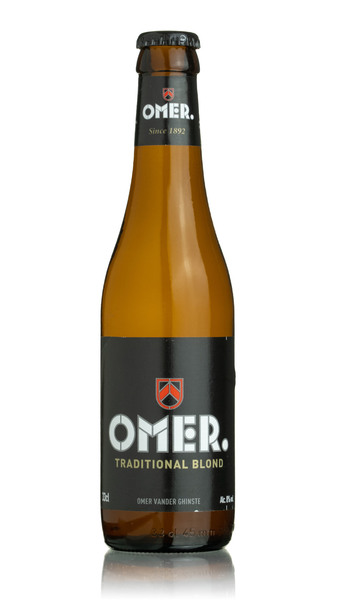 The lowdown:
A Belgian blond top-fermentation beer that has undergone a second fermentation in the bottle adding strength and life to the beer.It's rich and full on the palate with fruity notes coming through and hops coming to the fore and finished with a slight bitterness. Made by independent family brewers (all eldest male children are named Omer) who have been brewing in the village of Bellegem since the nineteenth century.

Brewery Omer Vander Ghinste is a family brewery, founded in 1892, that brews quality beers according to authentic recipes, in the traditional way but with the application of the most modern techniques. They are still situated where they began just outside of the Flanders town of Kortrijk which is near the French border and the city of Lille. Now in the hands of the fifth generation, under Omer-Jean, their flagship beer is, these days, Omer Traditional Blonde which is supported by a wide range of other quintessential Belgian beers.