An elegant and silky Grand Cru Saint-Émilion from one of the area's leading Châteaux.

Since shortly after the turn of the century and following a change of winemaking personnel this château's star has been rising among the premer league of Saint-Émilion producers. This is their second wine aimed to be very approachable and suitable for early drinking. Made from 98% Merlot it has a delightful mix of red and black fruits and an elegant floral character while the finish is enticingly silky with great character and length.

It's now right at the top of its game and will make for very rewarding drinking. 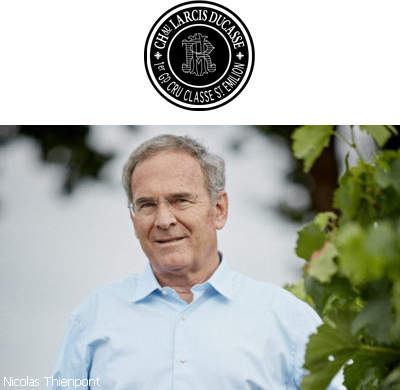 Château Larics Ducasse, situated just south of the town of Saint-Émilion, has the benefit of having its 11 hectares of vineyards positioned on the Côte Pavie, widely considered some of the best terroir in Bordeaux. The predominant grape is Merlot with about 75% of the plantings, the remainder being a mix of Cabernets Sauvignon and Franc. In the 1955 Saint-Émilion classification it became one of fourteen Châteaux placed in Premier Grand Cru Classé 'B' (There are just 4 in Classé 'A' including the likes of Ausone and Cheval Blanc).

Since 2002 when Nicolas Thienpont assumed management of the winemaking team assisted by consultant Stephane Derencourt the château's reputation has been on a steady upward curve. Many subsequent vintages have been highly rated by influential critics such as Robert Parker which has put them firmly among the top ranks of Saint-Émilion producers.