In a nutshell:
A strong golden coloured ale from the Abbaye de Leffe brewery in southern Belgium.

The lowdown:
Leffe's strongest beer the Ritual 9 is a classic top fermentation beer with a deep golden colour and rich flavour. Flavours of grains, bitter spices and touches of banana with a long and intense finish. 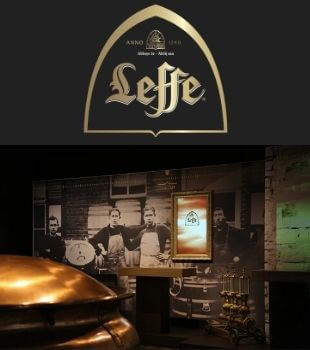 Whilst these days Abaye de Leffe is a part of the multinational Anheuser-Busch empire the brewery, based in Dinant in southern Belgium, still produces a range of meticulously well crafted beers.

The craft beer revolution may have witnessed the establishment of many new breweries in the last few years, but Abbaye de Leffe can trace its origins somewhat further back in time - to 1152 to be precise.

Leffe historically welcomed pilgrims and in an act of good dead the Canons established a brewery in 1240 so as to ward off disease. With the plague rife at the time, the boiling of water during the fermentation process paradoxically produced a far safer drink and so the brand was established.

The reputation of Leffe grew to such an extent that its parishioners preferred a tipple to a visit to church on Sundays but the French Revolution put a stop to all this with the destruction of the original Abbaye which was only re-established in 1929 using original recipes. It's still brewed by resident monks to this day.