A fabulously concentrated and richly fruity left Bank Claret from a famous Château.

This is the second wine of Ducru-Beaucaillou, the justifiably much-vaunted 2ème Cru Classé Saint Julien estate. This vintage, the 2010, is made from 85% Cabernet Sauvignon and 15% Merlot. Medium to full bodied it's full and lush with masses of cassis and ripe plums tempered with coffee and tobacco notes.

It really measures up well to the estate's Grand Vin and at a mere fraction of the price is a real bargain. It's now in its drinking window and will remain on top form through to the late 2020s. 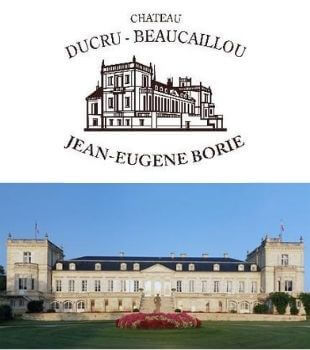 Château Ducru-Beaucaillou is one of the five prestigious estates in the Haut-Médoc appellation of Saint-Julien whose Grand Vin is a 2ème Cru Classé. It's the jewel in the crown of the Borie family who also have other top flight Bordeaux estates to their name. Their 50 hectares of vines, with glorious views over the Gironde, are on deep alluvial soil enriched gravel beds. About two thirds of the plantings are of Cabernet Sauvignon, with a quarter Merlot and small amounts of Cabernet Franc and Petit Verdot. The Château itself is an imposing classically Bordeaux style castle below which sit the barrel cellars.

The estate is run by the third generation of the family who, unlike many owners, still live on site and consequently are completely immersed in its operations., Bruno-Eugene Borie and his sister Sabine Coiffe, since they took over in the early 2000s, have transformed the, already well respected, estate into possibly the leading château of Saint-Julien.