Fire Rock is a crisp and refreshing Hawaiian take on pale ale. Its signature copper colour results from the unique blend of speciality roasted malts which also add a sweet hint to the flavour. The pronounced citrus-floral hop aroma comes from the Galena, Cascade & Mt Hood hops added to each brew.

A beer that's warmng and refreshing all at the same time.

The dates shown on the bottle show when it was bottled. 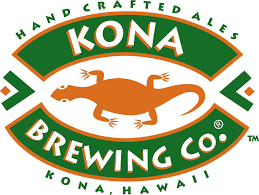 Hawaii's own brewery has grown quite a bit since their early days in the 1990s. But they're still headquartered where they started in Kailua-Kona on the Big Island.

Their three flagship beers, Longboard, Big Wave and Fire Rock are the top selling beers in the islands and are exported to twenty six countries around the world. They also brew a selection of seasonals and special editions, some of which find their way outside of the islands.