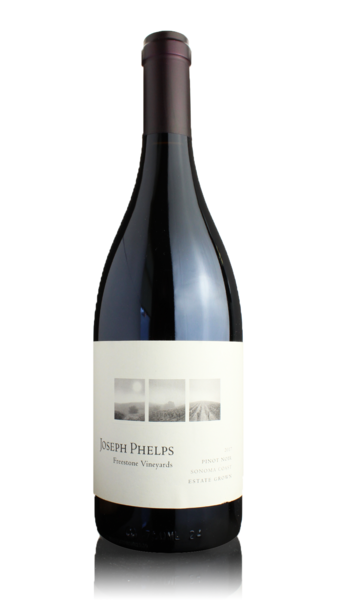 In a nutshell:
A rich and complex Californian Pinot Noir from the Sonoma Coast region north of San Francisco.

The lowdown:
While well known for their Napa Valley Cabernets in the late 1990s Joseph Phelps planted new vineyards near Freestone some distance away on the Sonoma Coast in an effort to make Pinot Noirs to the same exalted standards as their other wines. They've certainly succeeded in this. The 2017 is made from roughly equal quanitities of fruit from their Quarter Moon and Pastorale vineyards which was aged for 13 months in a mix of new and used French oak barrels. The resulting wine has an expressive mix of jammy red fruit and fresh strawberry aromas followed by tangy cherry, raspberry and soft spice on the palate. Beautifully well balanced the tannins are silky and the subtle oakiness very well integrated. It finishes with a touch of white pepper and pleasing hint of orange peel.

When to drink:
A lovely wine from a good vintage, it's drinking well now and will do so until well into the late 2020s. 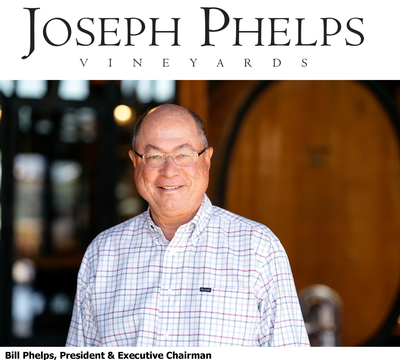 Joseph Phelps Vineyards is a family-owned and operated wine estate with vineyards and wineries in Napa Valley and on the western Sonoma Coast. The winery was founded in 1973 by Joseph Phelps, a successful construction executive and entrepreneur whose early interest in wine led him to establish vineyards on a 670-acre former cattle ranch in Napa Valley. Over the next 42 years Joe became one of the most respected figures in the California wine industry, building Joseph Phelps Vineyards into a critically-acclaimed winery internationally known for its iconic wines and unwavering commitment to quality.

Joe's son, Bill Phelps, joined the family business in 1998 after a successful career in law, and as Executive Chairman now oversees Joseph Phelps Vineyards with a continued dedication to excellence. The winery's Board of Directors includes Joe's daughters, Leslie, Laurie and Lynn. In 2016, third generation family members Elizabeth Neuman, Director of Business Development & Marketing, and Will Phelps, the winery's Director of Hospitality & Consumer Sales were appointed to the winery's executive management team. Today, the Phelps family is committed to maintaining and nurturing Joseph Phelps Vineyards as a family-owned and run winery and to extending the extraordinary legacy of its founder, Joe Phelps.