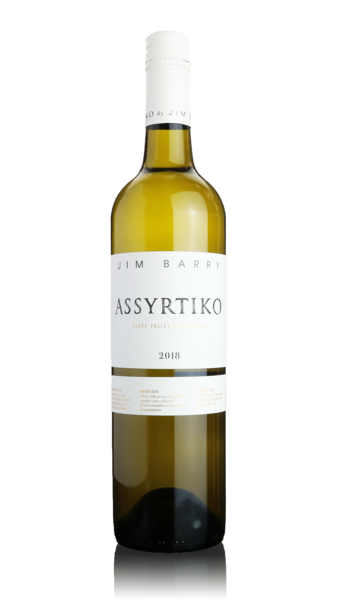 In a nutshell:
A generous and full style of Assyrtiko, this one is from South Australia's Clare Valley

The lowdown:
This is made from the first Australian plantings of this quintessential Greek grape variety of which the first vines were only planted in 2012 after being specially imported from Greece by Peter Barry. It has to be said that Jim Barry's Clare Valley vineyards are very well suited to this grape and even though this wine is made from, as yet, young vines it's certainly very impressive. The crisp citrus minerality is backed up with with ripe pear flavours with a touch of florality and and a refreshing hint of salinity at the finish.

When to drink:
It makes lovely aperitif drinking and will also suit seafood superbly well. 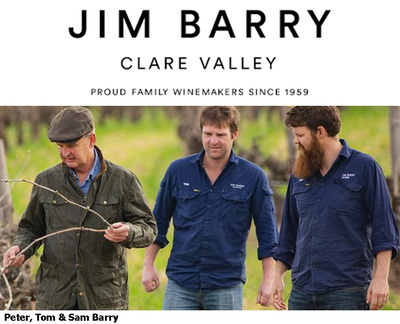 Certain names resonate strongly within Australian wine history and Jim Barry is one of them. It was Jim Barry's drive that helped shape South Australias Clare Valley as a benchmark producer of world class Riesling and cemented it as one of Australia's premier wine regions. Jim was the first qualified winemaker in the Clare Valley, graduating with a degree in oenology from the prestigious Roseworthy Agricultural College in 1947. Founded in 1959, Jim Barry Wines is still family owned, with three generations of Roseworthy graduates. Jims son Peter became managing director in 1985 and today Peters children Tom, Sam and Olivia are the winemaker, commercial manager and brand ambassador respectively.