In a nutshell:
A punchy yet smooth IPA from Jawbone Brewing of Strawberry Hill, Twickenham.

The lowdown:
New to the London brewing scene in 2020 Jawbone are now our most local brewery and are located a stones through away from Hampton Hill in Strawberry Hill on the banks of the river Thames. This is still one of their first beers, but they've kicked off with a cracker. Full of big, juicy New Zealand hops Nelson Sauvin and Motueka this is a punchy yet mouthfilling and smooth IPA that's altogether rather moreish. 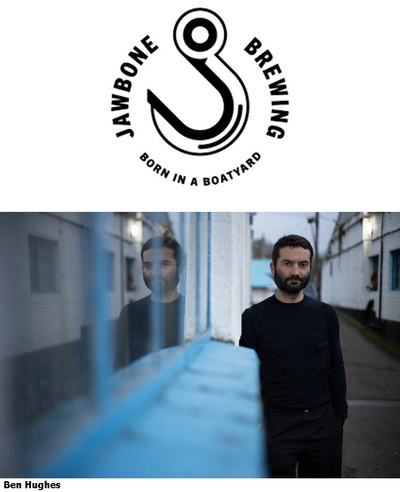 Jawbone Brewing is the realisation of Ben Hughs vision to shake up South Londons beer scene. Its a mission thats brought him to a working boatyard in Twickenham, where he has built a 30hl brewery and BeerDock taproom. Here hes applying his philosophy of introducing bold flavours across the vast spectrum of beer styles. Its a process borne out of constant innovation, perfectionism and a relentless enthusiasm for great beer. Jawbone is proudly independent and we believe in the importance of inclusivity, integrity, and good humour. Ben began his foray into professional brewing at Weird Beard Brew Co, creating such crowdpleasers as Opulence Imperial Stout, Gumball Double IPA and Sour Rangers. Ben and his partner Emma are local  they live in Hampton with their son Rory and love this special part of London.