In a nutshell:
A soft and malty seasonal pale ale from Harvey's brewery in Lewes, East Sussex.

The lowdown:
Brewed only in September of each year with three types of hop and three different malts which culminate in a beer providing soft, sweet biscuit flavours offset with a tangy bitterness from the 'green' hops used in the brew. A proper taste of the Southdowns. 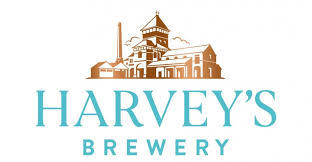 First established in Lewes, East Sussex over two hundred years ago and still a privately owned business Harvey's are one of the few remaining thriving regional brewers that have not been swallowed up by the big drinks conglomerates.

In the traditional manner they own 49 pubs in London and the South East and their beers are rarely seen beyond that area. Their riverside brewery in Lewes, the centre of production since the 1800s, is a town landmark and is the image of what most people would imagine as a traditional brewery.

Whilst steeped in history they've also kept fully abreast of modern tastes and demands and their range of beers fully reflects this.