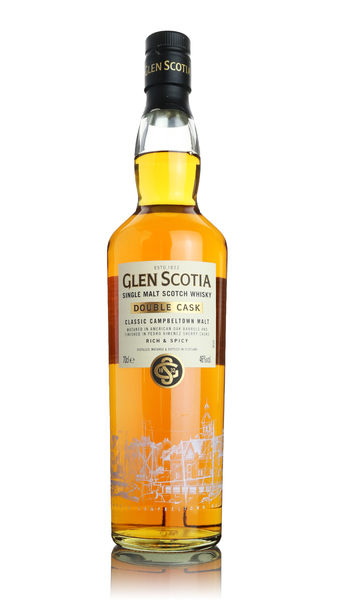 In a nutshell:
A rich Campbeltown Single Malt finished in a combination of bourbon and sherry casks.

The lowdown:
This excellent single malt is from the historic Glen Scotia distillery, one of the few distilleries still remaining in the once significant Scotch whisky centre of Campbeltown. It's matured in first fill bourbon barrels before being finished for up to twelve months in Pedro Ximenez sherry casks which provides the perfect balance of rich spicy fruits, overlaid with the characteristic sea spray and vanilla oak finish for which the house of Glen Scotia is famous.

A full bodied and spicy malt with plenty of power. 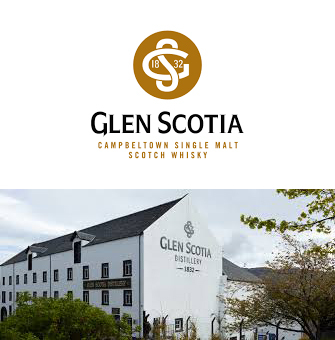 These days Glen Scotia is one of just three distilleries operating in Campbeltown near the southern end of the Kintyre pensinsula. In the nineteenth century Campbeltown was one of the main centres of Scotch Whisky production, so much so that Campbeltown is still recognized as a separate region along with the likes of Speyside and Islay.

Glen Scotia's own history dates back to 1832 and since that time has has a number of different owners and has seen periods of closure and mothballing as the fortunes of Campbeltown whiskies generally declined. Luckily though it was one of the few to ultimately keep its head above water and has now been in continuous production since 1999 and is a part of the Loch Lomond Group who have several other distilleries and interests in the Scotch Whisky industry.

It's one of Scotland's smallest distilleries and retains a lot of original features going back into the 1800s. They produce three types of malt; unpeated, medium-peated and heavily-peated and, over the years, the quality of their whiskies has improved considerably with longer fermentations and slower and more careful distillations.