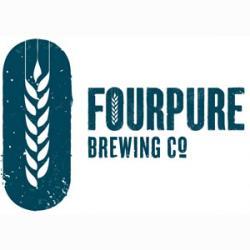 Founded in 2013 by brothers Dan and Tom Lowe and based in the south east London craft brewery hot spot of Bermondsey Fourpure are at the forefront of the London craft brewing scene. After a few years of rapid growth they were acquired by the Australian brewers, Lion Beer themseleves a subsidiary of the Japanese giant Kirin.

They produce a wide range of regular brews which is backed up a number of small batch and one-off beers. And their aim is to have a broad selection of beers in production at all times. They were one of the early craft brewers to start canning their range back in 2014.

As recognition of their enterprise they were named as 2017's Most Innovative Brewery Business of the Year at the Society of Independent Brewers annual awards.