Brewed a local favourite, 'Old Bay Seasoning', a pungent blend of herbs and spices this makes for a distinctive summer seasonal beer. It's full of citrus hops and has a crisp, tart finish. 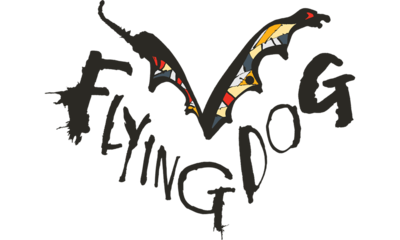 The founders of the Flying Dog brewery are Richard McIntyre and George Stranahan. George is a physicist who co-founded the Aspen Center for Physics in 1962 and who left behind his academic career in 1972 to assuem ownership of the Flying Dog Ranch in Woody Creek, Colorado. The leap to establishing Flying Dog as a brew pub in Aspen in 1990 is a long story that involves notable Colorado journalist Hunter S. Thompson.

Demand for their beers was such that in 1994 they moved to bigger premises in Denver. This brewery soon becaome too small and after a further re-location within Denver in 2006 they bought the Frederick Brewing Company in Frederick, Maryland, just north of Washington DC, to where they transferred all their operation s in 2007.

Their branding and labels are very distinctive and feature heavily the work of the well known cartoonist and illus trator Ralph Steadman. We'd confidently say that the background to Flying Dog is as impressive as the ales themselves. Founder George Stranahan is a physicist and co-founder of the Aspen Center for Physics. The leap to establishing Flying Dog as a brew pub in 1990 appears to be a long story that involves notable local journalist Hunter S. Thompson. Nevertheless, as an early addition to the Aspen craft brew scene, Flying Dog's reputation quickly spread and a national brand was established. The well known illustrator Ralph Steadman provides the artwork for the labels.