The best Italian whites come from the tiny top north-east corner and this is a classic blend of mainly Pinot Bianco and Friulano. Elegant and fresh with a great minerality, clean fruit and touches of a salty, savoury and herbiness to the palate. 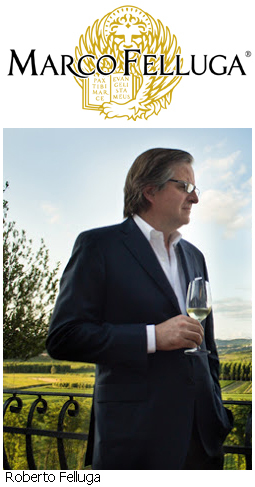 The Felluga family have roots in winemaking that go back into the 1800s. At that time they were based in Istria, in modern day Croatia, but they relocated to the Friuli region of north east Italy during the 1930s in the aftermath of World War I. It was in 1956 that Marco Felluga first established the business in the town of Gradisca d'Isonzo that bears his name and he has since gone on to be thought of as one of the most innovative winemakers in this part of the country.

These days the business, along with sister company Russiz Superiore based in neighbouring Capriva dei Friuli, is headed by Marco's son Roberto whose approach is very similar to that of his father. The Marco Felluga vineyards extend to around 120 hectares in Farra d'Isonzo, San Floriano del Collio, Oslavia and Cormòns.