Dinkelacker are one of the major breweries in the southern German city of Stuttgart. This, their alcohol free pilsner, is nicely full flavoured and satisfying. 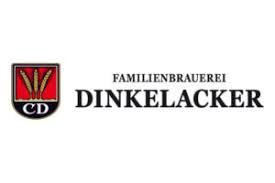 Founded by Carl Dinkelacker in 1888 in Stuttgart the company has been brewing there continuously in Baden-Wurttemberg ever since.

After the Second World War the business grew steadily, still under family ownership until being sold to the conglomerate InBev in 2004. Thsi proved to be short lived and three years later Wolfgang Dinkelacker, great grandson of the founder, bought the company back into family ownership and is now, one of the largest independent breweries in Baden-Wurttemberg.